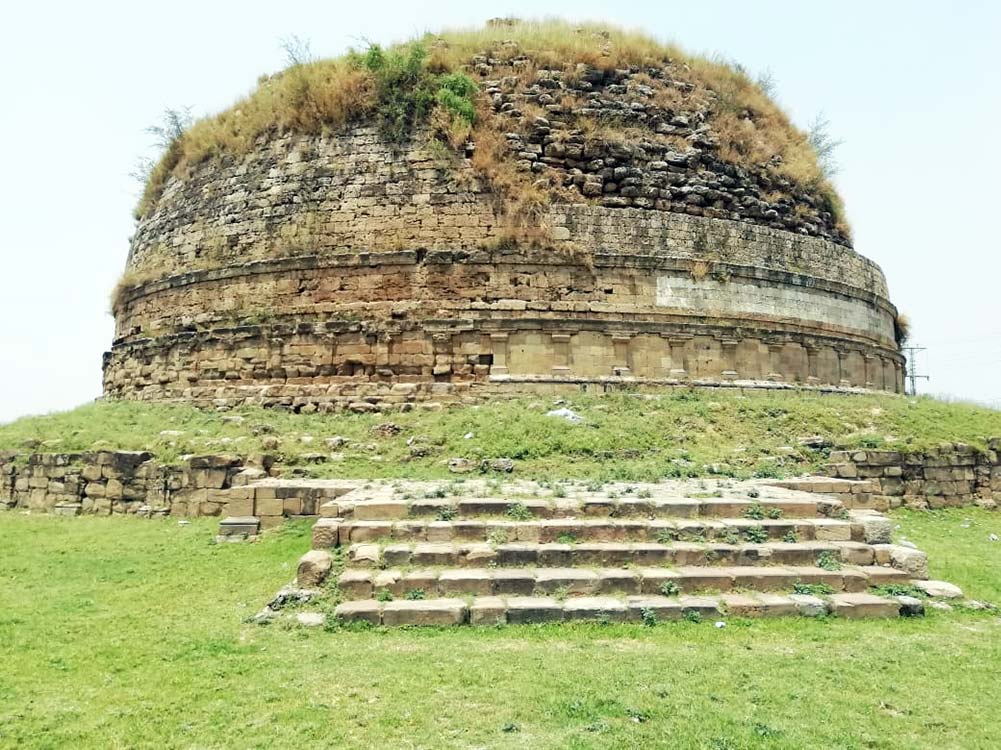 Great teachers were buried under mound before the coming of Buddhism in the sub-continent while some were cremated but sometimes they were buried in a seated meditative position and the mound of the earth covers them up.

This stupa dates to the Gandharan period and there are few tales related to this stupa, one of the tales related to this stupa is Buddhist sacrifice their body parts at this place to feed hungry tiger cubs. This stupa was first discovered by the British traveler Mountstuart Elphinstone in 1908 during his tour towards Afghanistan. Mountstuart has also written a book called “The Kingdom of Caubal” in 1815 in which he has mentioned about this Buddhist remains.

According to historical sources, this Stupa was built during Kanishka (128-151 A.D) but proper research needs to be done to trace its exact history. King Ashoka, Son of Bindusara and Grandson of Chandra Gupt Maurya who decided to accept Buddhism as a religion he got inspired from Buddhism after the Kalinga war in 261 BC because he was so fed up with the bloodshed. He also announced Buddhism as a state religion. He also ordered that Buddha’s remains in Kapilavastu Nepal should be cremated and his ashes should be placed in 84,000 different boxes of Gold and silver and buried those boxes in all parts of India. From Patliputra to Kandhar, he constructed stupas in which he buried those boxes and it is also said by Historians that Mankiala is also among those 84,000 Stupas. 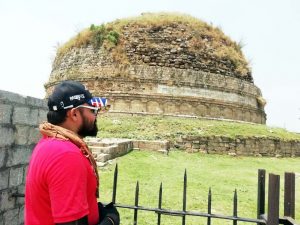 One of the main goals of Ashoka was to provide new converts with the tools to help their new faith. Buddhists used to perform the rituals that also help them achieve the important goals of Buddhism. The stupa is a sacred sign in Buddhism that tells about the concept of seven skies, seven skin layers, seven musical notes, and seven heavens.

Few relics have been found by Jean-Baptiste Ventura 1890 and now those relics are in British Museum London. The stupa is in bad condition due to negligence and restoration work is needed. International organizations and the international community need to focus on this beautiful heritage.

Cultural heritage department needs to pay attention to these heritages as we can also attract international tourists especially the Buddhist tourist through this heritage.

Short films and documentaries should be made to promote this heritage and spread awareness among the people about this heritage. A proper description board is also needed to be displayed near the site so that the tourists may know its proper history.

Wajid Bhatti is a Ph.D. Scholar at the National Institute of Pakistan Studies, Quaid I Azam University, Islamabad. He is an archaeologist, a historian and a student of Comparative Religions, Comparative Civilizations. He can be reached at [email protected]