Man Needs Both Religion and Science 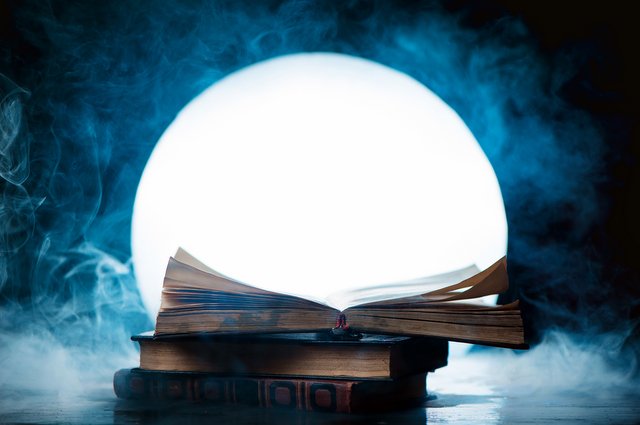 These modern times are surely strange. Humanity is currently embroiled in an extremely draining and exhausting fight against the Coronavirus pandemic, which has wreaked havoc in nearly every single sector of life. Climate change is also showcasing its effects on the global environment; there have been multiple geopolitical tensions in recent years. Yet there is also another conflict, which shouldn’t have been a conflict in any sense, but sadly has become one. The conflict between religion and science.

Since the beginning of the 21st century, we have seen the proponents of religion and science respectively at loggerheads with each other on an unprecedented scale and this enmity is increasing day by day. On one hand, we have scientists, most notably Stephen Hawking and Richard Dawkins, who reject the existence of God and dismiss Religion for being irrational and being devoid of reason and logic. While on the other hand, we have religious scholars who dismiss science, considering science to be the gateway to apostasy and atheism and that it rejects traditionalism. Despite all this enmity and meaningless rivalry between these two proponents, it needs to be understood that religion and science are two different concepts and subjects that govern the different aspects and realms of life.

Science, in a nutshell, is the subject that takes into account logic, reasoning, and evidence to establish a fact and to explain the unknown. Religion is based on faith, the belief in God who is the creator of this universe and mankind and to worship Him and acting upon His divine injunctions. By looking at these definitions of both science and religion, it is fair to say that both of these are two distinct subjects and it is futile, to say the least if we compare two different subjects.

Man needs both science and religion to live a well-balanced life in this world. Science helps the man to seek and understand the different mechanisms that run this planet. Science helps the man to adopt a logical and rational approach to understand various intricate and unknown phenomena. Science has made our lives easier. It is unfathomable how mankind survived when there was no electricity, no internet, and no effective mediations in ancient times.  Science has enabled us to live a life of ease and productivity. Science has been a catalyst in making this world a technological and interactive hub. Science has improved the quality of human life, increased life expectancy, and has allowed humans to marvel upon the sights of the cosmos and black holes that centuries ago, were considered impossible to be seen.

Religion, on the other hand, is a set of beliefs that seek to improve the moral fiber of a man. Religion is based on faith, faith in the existence of God and to worship Him. Religion is a driving force whose aim is to make the man a better version of himself. Religion seeks to instill the qualities and virtues of modesty, humbleness, patience, integrity, honesty, and selflessness in Man. Critics of religion say that religion is dogmatic and irrational. However, this is not true at all. Islam calls upon its adherents to use ‘al-aql’ (reason, intellect) to understand their faith. Allah Almighty says in the Quran:

‘But none will grasp the message except the man of intellect’ (2:269)

And in another place, Allah Almighty says:

‘And in the variation of the night and the day, and in what Allah sends down of sustenance from the cloud, then gives life thereby to the earth after its death, and in changing of the winds, there are signs for the people who use their intellect’ (45:5)

These are just a couple of verses, but in fact, there are many verses in the Quran that calls upon the believers to use reason and intellect to understand their surroundings and their religion to become pious Muslims. Hence, this proves that Islam is not based on myths but encourages reason and intellect, the two things espoused by science. Islam also despises ignorance, which was the emblematic trait of the epoch of ‘jahiliyyah’.

Faith has been a source of inspiration for scientists to understand the world and postulate their theories. Isaac Newton is one of the greatest scientists of all time and was also deeply religious. He wrote extensively on Christian theology and according to him, true religion at its core is rational.  The following quote of his reconciles religion and science:

‘Gravity explains the motions of the planets, but it cannot explain who set the planets in motion. God designs along with rational and universal principles’.

Galileo Galilei, considered the father of modern science, was a committed Catholic despite called a heretic by the Catholic Church. Robert Grosseteste was a 13th century Anglican bishop who gave the preliminary concepts of Big Bang theory in his monumental work, De sphere.

The great Muslim scientists and thinkers Ibn Sina, Ibn Khaldun, Abbas ibn Farnas, Al Khwarizmi, Ibn al Haytham and Al Beruni to name a few were also devout Muslims. They were the icons of Islam’s Golden Age when Muslims contributed in magnanimous terms to the field of physics, chemistry, medicine, and philosophy, etc. All these great scholars and scientists would look to the Quran for inspiration. Religion and Science were in such a harmonious cycle that made the Islamic Civilization one of the greatest civilizations of all time.

While science deals with external conditions and the visible entities of man, religion deals with the internal elements of man, particularly soul. Science is based on visible things, while Religion deals with abstract elements. While science seeks to make the life of man easy with its technological inventions, religion seeks to improve the character of the man by enforcing strong morals and bring inner peace and satisfaction to the man. No wonder various studies have shown that religious people tend to be happier, satisfied, and less depressed than nonreligious people.

Science has meanwhile helped us to break many myths that curtailed the development of man’s intellect. Islam, like religion, is in harmony with basic tenets of science and encourages reason and rationality. Hence, we need both need religion and science to live fruitful and meaningful lives by engaging our intellect constructively to understand and decipher the visible and abstract matters and subjects of life.

The writer is a dental student with an interest in History, Current Affairs, Politics, and Human behavior.