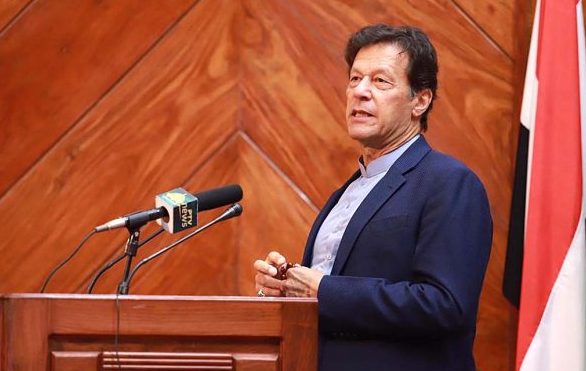 Prime Minister Imran Khan announced on Thursday to end the lock-down in the country from Saturday.

He said that nobody could predict the future of the COVID-19 pandemic as many developed countries were still in oblivion even after overcoming it once.

He said that the government had to end the lockdown because of severe financial implications which could affect a huge number of small businesses and industries. The government feared that if the lock-down would continue further, many businesses might face closure due to financial crisis, he added.

He said that there was a cut of 35% in tax collection in the country, while exports had also gone low due to this lock-down. The government had already spent a huge amount of money to facilitate the poor out there in the country and further facilitation might not be possible as all the revenue-generating sides were already in bad condition, he added.

He said that the restaurant’s owners were also asking for ease in lock-down as it was getting difficult for them to manage the things when there was no business activity.

He said when the government assumed the charge after the 2018 elections, the country was in bad economic conditions and it was almost impossible for the government to facilitate everybody in this difficult time.

He said, comparing our situation with that of India, Pakistan had done much more than the neighboring country despite the fact that India enjoys a better economic condition.

He made it clear that keeping in view the current situation of the country and world trends about COVID-19, it was obvious to go for ending the lock-down, however, he explained that the business activities would resume from Saturday, not Friday.

Addressing the nation, he said that the success of this phase totally depends on the cooperation by the people out there. He added that this is the time to behave as a nation and follow the precautionary measures and SOPs with full spirit as it would not be the solution to send police and raid the factories where SOPs are not being followed. Everybody would have to be responsible to save the lives of the people, he said.

He said that free and independent nations behave responsible at the time of crisis and this is our turn to prove that we are a free and responsible nation.

He made it clear that the government would not ask everyone to maintain distance or follow the precautionary measures by force; we shall have to be disciplined if we want to come out of this crisis.

He said that he had also directed the Corona Tiger Force to spread awareness among the people about this pandemic and let them know that it is purely in their own interest.

He warned that if the SOPs are not followed and the pandemic spreads again, the government would have to lock it down again and that would be even disastrous.