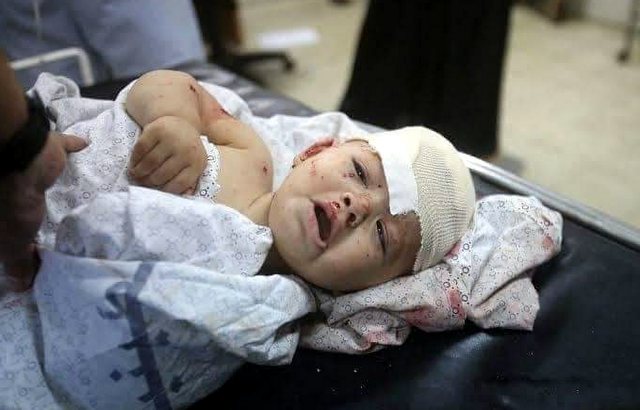 Sadly, in a severe attack, 40 civilians were killed in Hazara and Kabul, newborn babies maimed but our mainstream media didn’t utter a single word anymore and kept silent on this devastating situation.

On the other hand, the Taliban denied responsibility. So, what did it mean? Isn’t this mean that many other Islamic groups are in the territories of Afghanistan? Who did such a shameful act? No man having a little humanity could imagine attacking the Maternity ward of a hospital even in the time of war. But regretfully we have to say that so-called Islamists have a strategic depth in the establishment circles. These circles used the name of Islam for specific and personal interests and people are also used for such kind of activities that are not in the interest of our country and resulted in the weakness and devastation of our unity, and peace.

We have sacrificed a lot in war against terrorism. Now, we must avoid past mistakes and learn from them and keep going on in the right direction, which will be a way forward to the betterment of our beloved Pakistan. In 1971, we lost one major part of our country and instead of curing the remaining injurious parts of the body, we’re still repeating past mistakes. Pakistan is among the most fractured bodies in the world. We have faced catastrophic circumstances. We must stop conceiving ethnic peripheries and prejudice that people on the border of Afghanistan are not patriotic even they think better for themselves and for Pakistan. But when they talked and demanded the same treatment as other provinces do, we try to keep them silent, and they are still deprived even from their fundamental Human Rights.

We must not forget the major region of Pakistan and the people of Balochistan especially the youth who are more affected than Pashtuns. We kept them deprived of their natural resources, and unfortunately, most of the areas are deprived of gas resources. Gilgit-Baltistan’s natural resources are appropriated by the state, and in Tharparkar, many Hindu populations swept under the carpet but who cares.

But the question is why do we still love to hate? Why didn’t we get lessons from past incidents? Why are we still lagging the developed world and even third world countries? One thing is clear that if there is no peace in Afghanistan, we cannot carry our journey towards betterment and stable circumstances and instability in Afghanistan ultimately will affect the peace of Pakistan.

The writer is a student at Punjab University Law College, Lahore.