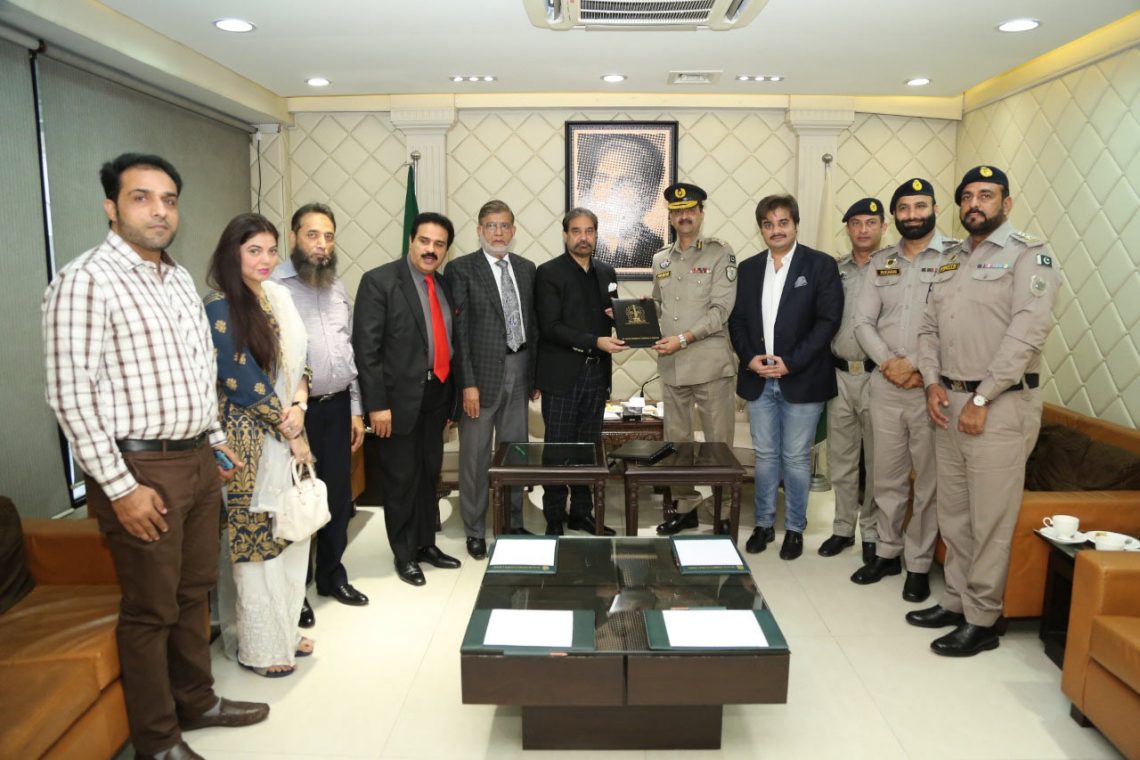 On the Occasion, Commandant/DIG NH&MP Training College Sheikhupura, Mehboob Aslam Lilla has said that the purpose of the MOU is to establish a cooperative link between the two organizations to maximize road safety awareness among the general public.

He added that Motorway police in collaboration with the Lahore Chamber of Commerce and Industry can organize road safety awareness campaigns, medical camps especially in the rural areas alongside the motorways. The LCCI and NH&MP can immediately organize an awareness campaign regarding “COVID-19” as it is still here and people have started ignoring precautionary measures. LCCI and NH&MP can distribute Face Masks and hand sanitizers along with awareness pamphlets on the Motorways, he further stated.

He said that the Lahore Chamber and Motorways Police can also collaborate in highlighting the importance of greenery and tree plantation for environmental protection. He stated that there are fewer traffic violations in developed countries due to heavy fines but in our scenario, the situation is not satisfactory. Motorways Police is doing its best for the improvement in traffic rules implementation.

He appreciated state-of-the-art One Window Smart Services here at the Lahore Chamber and stated that these unique features make LCCI a prestigious most organization among all.

President of the Lahore Chamber of Commerce & Industry Irfan Iqbal Sheikh said the main purpose of this MOU is to have a long term collaboration of LCCI and NH&MP Training College to contribute for the awareness of the road safety and efficient mobility of vehicular traffic on National Highways and Motorways at large.
He said under this MOU, LCCI and NH&MP have mutually decided to hold seminars, walks, workshops, conferences and educational sessions to create more awareness regarding road safety.

The President said the Lahore Chamber will also facilitate and support National Highways and Motorways Police for the cause of sensitizing the general public regarding the importance of greenery and plantation for environmental protection. By way of signing up this MOU, we look forward to teaming up with you to contribute to planning and taking well-thought-out measures to create awareness and to ensure the safety of the general public on National Highways and Motorways, he concluded.