Home » Latest » Lahore getting rid of the coronavirus?

Lahore getting rid of the coronavirus? 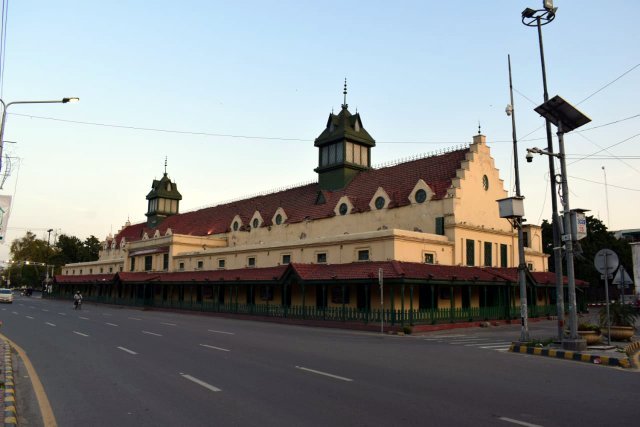 A view of the City Museum adjacent to Anarkali in Lahore. Photo by MinhasJustin

Two corona infected kids admitted at the Children’s Hospital Lahore and eight patients at the Mayo Hospital, Lahore recovered from the COVID-19 in a single day on Saturday. Salman who was the first patient of COVID-19 in Lahore was also among the recovered and discharged patients. All these patients were discharged from the hospital after they were tested negative for the coronavirus. Both 15-month old baby girl and 10-year old boy were under treatment in the isolation ward of the Children’s Hospital Lahore. Both the children were treated in the isolation ward for ten days and discharged when they were tested negative for the deadly virus.

She also said that the best facilities were being provided at the 1000-bed field hospital at the Expo Centre Lahore round the clock.

On April 6, she said that most of the cases in Punjab were reported with mild symptoms. She also said that the patients who died in Punjab by then were above 55 years of age. Talking about the spread of the virus, she said that most of the patients who were tested positive for the coronavirus had some travel history or they were in contact with those who returned from abroad. She also hoped that by implementing lock-down, the situation would be under control soon.

There is no doubt that COVID-19 has played havoc in the world and infected the people coming from almost every stratum of the society but there is a satisfactory number of patients recovering from the disease globally.

According to worldometers.info, 1,760,971 people in the whole world have been infected by the coronavirus out of whom 107,645 people have died while 395,652 patients have recovered so far. If we draw a percentage out of this, 21 percent of people have died of the deadly virus while 79 percent of people have recovered too and that is a big sign that we can fight against this disease if we follow the precautions suggested by the world health authorities.

Wuhan open for life and work

This is pertinent to mention here that the city Wuhan in China from where this outbreak started spreading in the whole world has taken over this pandemic after 76 days of complete lock-down. The city has returned to life and work and has celebrated too for defeating the COVID-19.