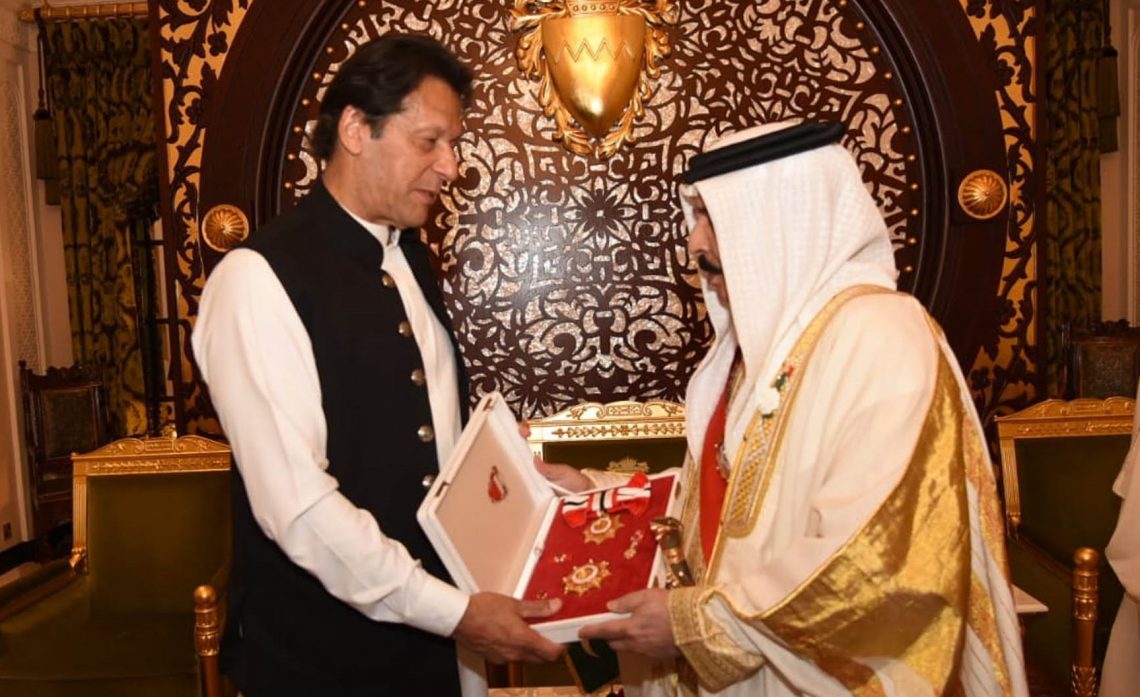 Earlier, the king received the prime minister upon his arrival at the palace. Prime Minister Imran Khan, who was on a day-long visit to Bahrain on the invitation of King Hamad Bin Isa Al-Khalifa, later attended the National Day celebrations of Bahrain as the guest of honor.

At Al-Ghudaibya Palace, Prime Minister Imran Khan and Crown Prince of Bahrain Salman Bin Hamad Bin Isa Al Khalifa discussed bilateral issues as well as the regional situation. The prime minister was accorded guard of honor as he arrived at the palace for an official meeting.

Imran Khan and Salman Bin Hamad also witnessed the signing of the memorandums of understanding in fields of higher education and scientific research, sports and medical sciences. On the king’s invitation, this is the first visit of Prime Minister Imran Khan to Bahrain after assuming the office.

PARTNERSHIP WITH US: Prime Minister Imran Khan while talking to US Senator Lindsey Graham in Islamabad said that broad-based and enduring partnership between Pakistan and the US was important for peace, prosperity, and development in the region. Foreign Minister Shah Mehmood Qureshi was also present in the meeting.

Emphasizing the value of peace and stability in Afghanistan for Pakistan’s development, Imran Khan urged Senator Lindsey Graham to keep playing his role in the transformation of the relationship, particularly through deepening and intensifying bilateral economic cooperation.

ECONOMIC COOPERATION: The visiting lawmaker is chair of the US Senate’s Judiciary Committee and a senior member of the Armed Services, Appropriations, and Budget Committees. It was his second visit to Pakistan during this year. Senator Lindsey Graham thanked the prime minister for Pakistan’s consistent support in the Afghan peace process.

He reiterated his desire for a broader bilateral relationship with a particular focus on economic cooperation, enhanced market access, and increased investments. He appreciated Pakistan’s achievements in mainstreaming the tribal areas through development work. He also commended Pakistan on the border fencing initiative.