Islamabad is like a jewel in Pakistan’s crown and we hope that this jewel continues to shine forever. 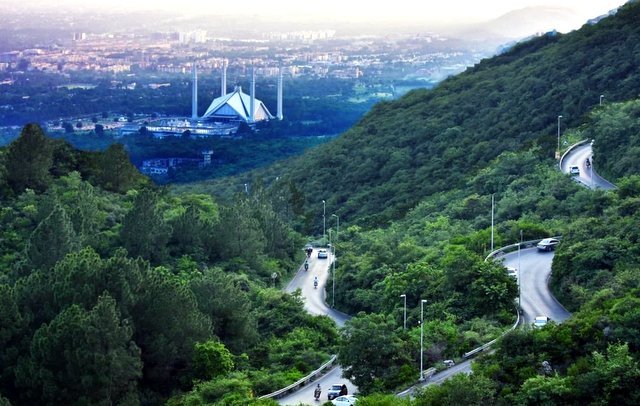 The capitals of countries hold a special place in the political, social, and cultural life of their people. Many countries have huge metropolitans as capitals where the noise of a large number of people and bumper-to-bumper traffic steal the shine away from these cities. Some countries are blessed with very beautiful cities as capitals with a rare skyline and unique culture dominating the city’s structure. Pakistan is also one of the few countries which have a very beautiful city of Islamabad as its capital. No doubt the special characteristics of the city make it a really unforgettable place.

It was Ayub Khan who decided that the bustling port city of Karachi, which was the original capital of Pakistan, was becoming too congested for the government to work and a completely new city was required for the seat of the government. Looking at the decision in today’s perspective, one can certainly believe that the government had made the right decision at that time to shift the capital from Karachi to Islamabad.

The poor law and order situation of the port city along with various other factors would have nearly made the city a ‘no go area’ for the federal government and foreign dignitaries would have also shied away from the city as embassies and high commissions of all foreign countries are located at the capital of the country. Karachi is also now a city of above 20 million people, so it would have been really difficult to handle government affairs in such a big city. Although, Karachi still serves as the provincial capital of Sindh the size of the Sindh government cannot be compared with that of the federal government, and also the importance of both the governments also can’t be compared.

Islamabad was planned as a green city with a lot of trees and green belts and small pockets of forest running through it. As the city is located at the foothills of the Margalla Hills so greenery is naturally to be associated with the city. The size of the city was supposed to be small and not to be created into a big metropolitan and so far Islamabad has been able to remain a small city but now the population is growing as many government and non-government employees have shifted to the city due to livelihood issues. Whenever one enters Islamabad either by road or by air, he is really left spellbound by the beauty of the city.

No noise of people and cars, just pure heartwarming silence and peace. Beautiful mountains and hills surrounding you all the while coupled with lovely trees along the roads everywhere you go. Small and beautiful markets with tidy parking places make the motorists feel in heaven. No noise pollution, no dust pollution, and certainly no hassle involved. What a peaceful and quiet city Islamabad is which certainly leaves a person spellbound whenever a visit to the city is made. The beauty of Daman-e-Koh and Pir Sohawa and dinner at Monal are also famous specialties of the magnificent city.

Jackals and wild boars were once a very common sight in the city but can also be seen in some places now. The howling of jackals at night does make the residents scary but wildlife needs to be preserved at all costs and there have been hardly any incidents where jackals have attacked humans. It is also one of the very few cities in Pakistan where any food item can be found with all kinds of delicacies catering to foreign diplomats stationed in the city. The city is also famous for its nightlife as nearly all kinds of drinks and beauties can be found for people to enjoy their stay at the capital.

The development of Islamabad has also served as the launching pad for exploring the northern areas of Pakistan especially places such as Murree, Bhurban, Nathiagali, Azad Jammu and Kashmir and Gilgit-Baltistan. Even the summer resorts of Khyber-Pakhtunkhwa such as Swat, Kalam, Bahrain, and other places are also reached by a stopover at Islamabad. The only transport for Gilgit-Baltistan is the buses of NTC, which are only available from Islamabad, as no other bus service goes to the newly-designated autonomous area of Pakistan. One can hardly imagine a visit to these hilly areas without lunching, re-fueling, or making a short stopover at Islamabad.

In short, Islamabad is like a jewel in Pakistan’s crown and we hope that this jewel continues to shine forever.