Islam emphasises to be energetic in different ways. Good sleep, proper diet and sport are the main factors which are described in the physical fitness list given by Islam. 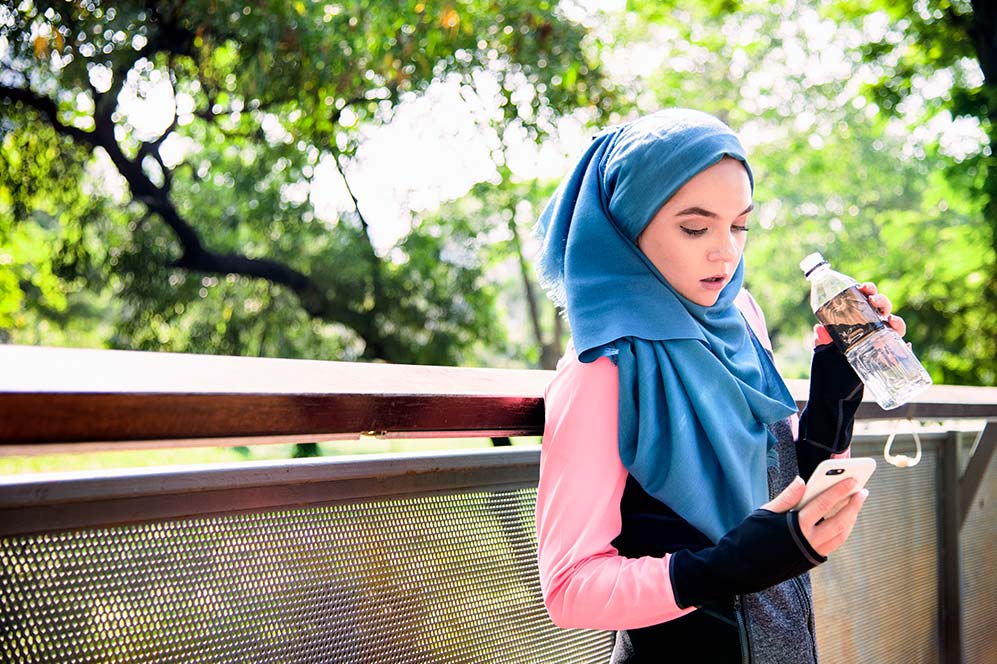 Islam is undoubtedly a complete and perfect religion as it guides us in each and every aspect of life. It is also believed that Islam has a solution to each and every problem that we face in our lives.

Well! There is a question that what Islam says or directs about the physical fitness of human beings. The answer is that Islam does not only guide us about our physical fitness but also tells us how to shift to a healthy lifestyle in a very simple manner.

First of all, Islam provides us with a strong belief which is the ultimate cause of all strength and power. The  Prophet Muhammad (PBUH) has said

“A strong believer is a better and more beloved to Allah than the weaker one” (Source).

So, belief is the main power that energizes the body in a divine way.

Islam emphasizes to be energetic in different ways. Good sleep, proper diet, and sport are the main factors that are described in the physical fitness list given by Islam. To have a good sleep, Islam urges to sleep early in the night, as well as it enlightens the importance of morning time. It is narrated that the Prophet Muhammad (PBUH) has said, “God made the early morning hours blessed for my nation.” (Musnad Ahmed) It is also narrated, “Our bodies have rights upon us, our eyes have rights upon us, so give everyone its due right.”(Sahih al-Bukhari)

The Prophet (PBUH) stressed the practice of eating less to prevent sickness and fat. He has said, “The worst pot a human being fills is his stomach” (Musnad Ahmed). It is because we fill it with things that are not good for our health or we stuff it more than its capacity.

Sport and fitness are also highly encouraged in Islam. Even if you look at some of the acts of worship like Prayer, Fasting, and Hajj, you would come to know that all of these can’t be done in the absence of fitness.

Prophet Muhammad (PBUH) himself had not been having a still body rather he was the man of hardships participating in healthy activities of that time. He was so fit that his stomach and the chest were in line. He was a brisk walking person in his daily life, more hardworking than anyone else. It is narrated that he had two stones on his stomach while digging the Khandaq. The Prophet (PBUH) also used to arrange many physical fitness events among his companions like running competitions between men and children, horse racing, wrestling, and other competitions.

Islam also seems to be in great favor of horse racing.

The distance between these two targets was seven miles.

He also held another competition between the untrained horses and set a target for them between Thaniyyat al-Wada’ and Masjid bani Zuraiq which was a distance of one mile approximately.” (Bukhari) Shooting, swimming, and playing any game which causes the fitness of the body is appreciable in Islam. It is narrated that once the Prophet (PBUH) passed by two groups who were shooting, he said to them, “Shoot O sons of Ismail, surely your father was a great shooter. Shoot and I am with this group. Hearing this, the other group stopped shooting. It was reported that Omar bin Khattab wrote to the people of Syria that teach your children how to swim, throw, and ride. (Kanz ul Umal)

In fact, Islam encourages every activity that refreshes our mind and it supports all the games that can break off our sadness, frustration, and grief unless these games don’t lead to sin or cause any harm. The refreshment of mind is very important for the body that wants to worship Allah willingly, that is why, the Prophet (PBUH) said,” O Allah, I seek refuge from anxiety and grief.” (Bukhari)

It is clearly noticed that Islam has a great contribution in solving physical problems which are increasing day by day. The Prophet (PBUH) and his companions were naturally fit and faced tougher life because at that time a man had to depend on his body to make food and to survive.

Life is totally different in the 21st century. This era is full of technology and makes life much easier but it also causes many disasters and laziness in human life that lead to ill health.

So, it is time for the true believers in Islam to get motivation from their religion. They have to recognize that it is Islam which gives them the best persuasion for movement; the movement which can change our body, our thinking and gives us a better chance to make progress in the world.