Home » thePage » Internet can be a dangerous place for children: Pakistan

Internet can be a dangerous place for children: Pakistan

Head of Pakistan’s youth delegate Alyana Akram says speed of life could rob us of our youth; David Beckham says children have ambitions and they have dreams for a better future 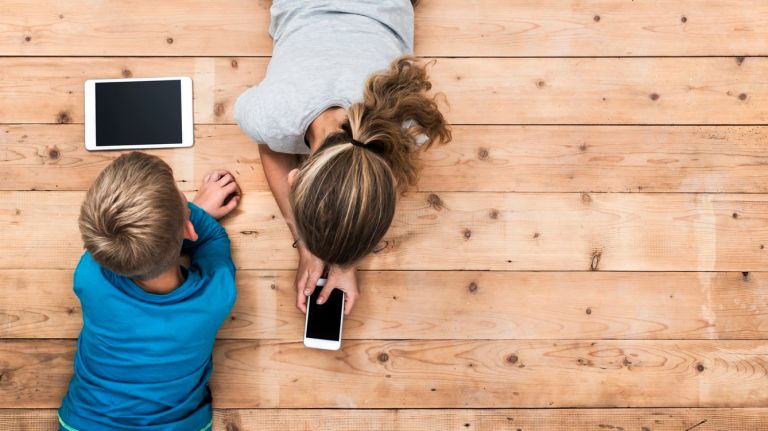 Pakistan will continue to fully promote and protect rights of all children at home and abroad, said Alyana Akram, head of Pakistan’s youth delegate at the UN General Assembly in New York.

Children were both seen and heard at the UN General Assembly on the World Children’s Day, during a celebration to commemorate 30 years since the adoption of a milestone treaty – Convention on the Rights of the Child that protects their rights.

“I feel extremely proud that Pakistan was one of the original signatories of the Convention on the Rights of the Child, Alyana Akram, daughter of Ambassador Munir Akram, informed large gathering in the iconic hall of the 193-member assembly.

She said that Pakistan co-facilitated adoption of a resolution for the commemoration of this 30th anniversary of the convention. In her remarks, she noted that considerable progress has been made over the last 30 years, including more children going to school, more widely available safe and effective vaccines, improved sanitation standards and a 60 per cent drop in infant mortality across the globe.

But significant challenges remain, the Pakistani youth delegate said, with one billion children still living in poverty, suffering from hunger and malnutrition that stunts their physical and mental growth as well as potential. She said that food is insufficient, and often polluted by chemicals. She said that education is not yet universal; nor are opportunities equal.

She said that there was growing dangers of exposure to infectious diseases against the backdrop of climate change. She said that technology has improved lives – better nutrition, education, access to knowledge and information. She said that it had created problems as the internet can be a dangerous place for children.

“The speed of life could rob us of our youth.” Alyana Akram said that addressing such challenges are essential for full realization of 2030 Sustainable Development Agenda and protection of rights of all children. She said that the international community must listen to young voices on issues of concern and begin working on twenty-first century solutions to twenty-first century problems.

“In world capitals and buildings like this, adults talk about children’s rights but young people don’t want to be talked about. We want to do the talking,” said Millie Bobby Brown, well-known actress and star of the hit Netflix series ‘Stranger Things’ and the youngest-ever Goodwill Ambassador with the UN Children’s Fund (UNICEF).

Although important markers have been achieved since its adoption, including the fact that more children are now in school, millions of the world’s poorest children are still being left behind, she said. Though no longer a child, football legend David Beckham recalled his youth in the East End of London, where family, teachers and later, coaches, supported his dream of becoming a soccer player.

As a UNICEF Goodwill Ambassador since 2005, Beckham has seen how scores of children worldwide have not been as fortunate. “Children hungry and sick. Children living through wars. Children who lost their parents in earthquakes and floods. Girls and boys with different stories and backgrounds from my own, but like all children they have one thing in common: they have ambitions and they have dreams for a better future.”

UN Deputy Secretary-General Amina Mohammed said that the anniversary of the child rights convention provides an opportunity for adults and children to work together to build that brighter future. And while three decades of technological developments have empowered children, UN High Commissioner for Human Rights Michelle Bachelet reported in Geneva how the Internet has been used to bully, intimidate and exploit children.

“We need to take action to protect children from exploitation and harm,” she said. “We need action to ensure that children are empowered to raise their voices – and to protect from physical attacks and other forms of abuse the children who stand up to defend human rights and the rights of the child.”

Head of UNICEF Henrietta Fore said that the best pathway to a better, more sustainable future for all is to invest in all children today. “As we look ahead to the next 30 years of progress, let’s recommit to children’s rights. And let’s make these rights real in programmes, policies and services in every community, in every country, around the world.”