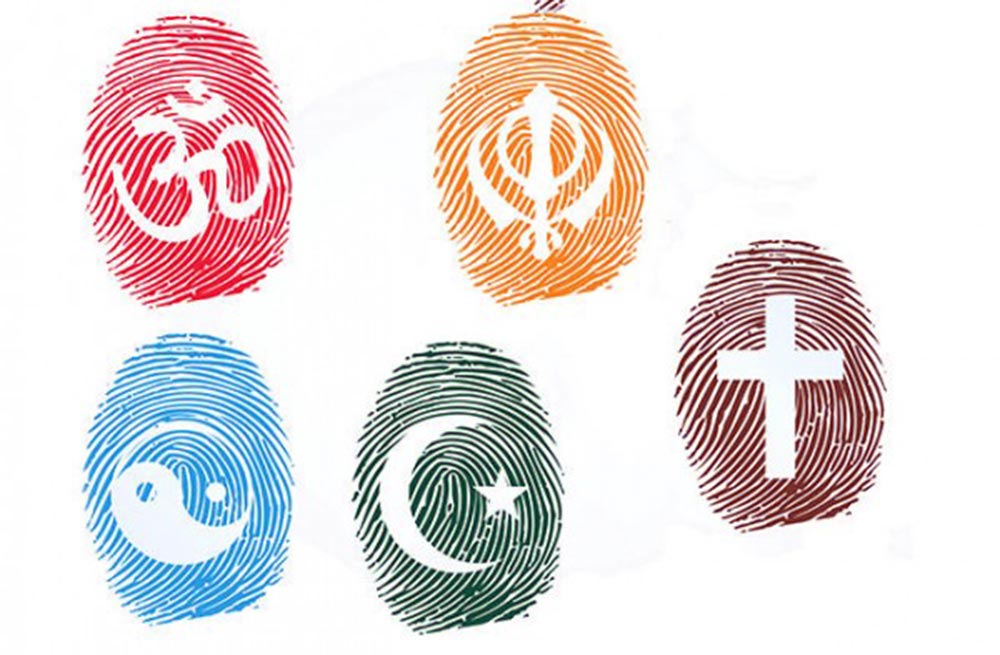 In simple words, interfaith harmony means to love your religion and do respect others’ faiths. Hence religious harmony plays a vital role in creating a civilized and peaceful society. Strengthening interfaith harmony and religious diversity can be instrumental in the development and progress of Pakistan. Apart from that, our religion ‘Islam’ with its literal meaning ‘religion of peace and submission one’s will to God’ teaches us to respect others’ faiths and religion. Our Prophet Muhammad (PBUH) was truly a model for positive engagement even before he achieved Prophethood. The Black Stone (Hajar al-Aswad) is an example of the Prophet’s positive engagement in solving tribal disputes in Mecca 5 years before beginning his Prophetic journey. For this reason, people used to call him al-Amin, “the trustworthy,” and al-Sadiq, “the truthful.”

Also, Islam teaches its followers to conduct a dialogue with their opponents and talk with logic. The models of dialogue in the Quran are stated. Clearly, The Quran says: “Say, O, Muhammad! O, people, Come to a word that is common between you and us”. Allah (SWT) sent His last Prophet Muhammad (PBUH), who represents universal mercy. The Quran mentioned, “Allah (SWT) sent His Messenger Prophet Muhammad (PBUH) also as the Mercy of the Worlds.” Hence the Prophet (SAW) himself is known as Rahmatallil ‘Alamin (mercy of the worlds). Thus, it is our duty and responsibility to work hard and become ambassadors of Islam in this world while spreading the message of Peace.

But on the contrary, Some Muslims of Pakistan is a very rigid and aggressive attitude in religious matters. I won’t say we are conservative in our faith. Rather I would like to say that most of us do not have a real knowledge of Islam as we follow the Ulemas or religious scholars of our own sects and their teachings, which are opposite Islam. No doubt Pakistan came into existence in the name of Islam. Muslims of the sub-continent wanted a place to freely practice their religious activities and openly perform their religious duties. Still, apart from that, there were some minorities became a part of Pakistan. Pakistani Muslims’ responsibility is to provide all the facilities to these minorities to perform their religious activities freely. Even once, the founder of the nation, Quaid-e-Azam Muhammad Ali Jinnah, in his famous speech, said, “You are free to go to your temples, you are free to go to your mosques or any other place of worship in this state of Pakistan. You may belong to any religion or caste or creed that has nothing to do with the business of the state”.

Palestinian-Israel conflict and foreign policy of the middle east countries

On the other hand, our constitution establishes Islam as the state religion and requires all law provisions to be consistent with Islam. The constitution states, “Subject to law, public order, and morality, every citizen shall have the right to profess, practise, and propagate his religion.” Besides, all forms of oppression, armed action against the state, violence and anarchy in enforcing Islam should be considered rebellion. It says that “no individual has the right to declare any person, government or state institution Kafir (infidel).” Moreover, no one shall deliver hate speech at any religious or social gathering, and different religious schools of thought will be compelled to obey state laws in this regard. Most importantly, no one will be allowed to say bad words about the Prophet Muhammed (PBUH), his family members and companions and the caliphs. And such blasphemy cases would be treated as intensive punishable acts.

But unfortunately, after independence, we had adopted extremism in our religious way of life and stopped to dialogue with others about their faiths. Additionally, our religious scholars added fuel to the fire. They made us such rigid that we did not want to listen to our Muslim brothers of a different sect. In such an environment, it was impossible to conduct a dialogue with minorities. Furthermore, our feeble foreign policy had driven the nation towards a ditch of sectarianism where everyone was ready to kill or declare Kafir (Infidel) to other sects’ followers. The basic lesson of Islam, i.e., ‘Tolerance’ and ‘Patience,’ was forgotten. In the early 80s, when there was a cold-war between two superpowers, we Pakistani were encouraged to participate in Afghan Jehad by Americans. The Pakistani rulers directed the religious scholars who started to use ‘religion’ to motivate Jehad. Later, the 9/11 incident took place that increased Pakistanis’ miseries because we were forced to be part of a war that was not our war. All these factors played a vital role and converted our society to a more rigid and complex one.

In a society where conducting an “Interfaith dialogue” has always been discouraged, now the time has come when we all must encourage such efforts that support interfaith dialogue. Because an Interfaith dialogue tries to harmonize the religious groups so that their common features such as brotherhood, love, compassion, tolerance, and mutual respect can be shared. It promotes intercultural values and peace-building initiatives to lay the foundation for a peaceful and enlightened society. The main purpose of such dialogue is to create mutual understanding, respect and tolerance among the different sects and religions to go forward as a civilized and refined nation without harming the identity of any culture or religion.

While summing up my topic, I would urge to make our society a peaceful and lovable place while practicing Islam’s real teachings. We need to respect others’ opinions and carry out a logical debate on our differences. And our religious, public and private educational institutions should include respect for all Islamic schools of thought in their syllabus and accommodate the difference of opinion. And beliefs of the minorities and non-Muslim citizens of Pakistan should also be respected and fully guarded by us.

Daud Butt, holder of a master degree in Mass Communication, is working as a marketing manager in a Dubai-Based company and enjoying his leisure time while writing blogs and articles.