While addressing the World Economic Forum, he said that we are not experiencing the same sort of speed at which the COVID-19 is spreading in European countries and United States. 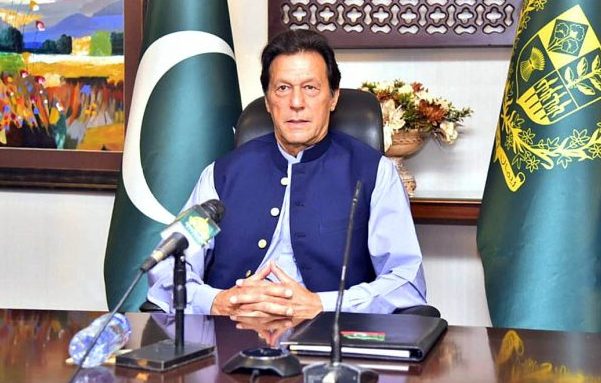 While addressing the World Economic Forum, he said that in countries like Pakistan, India, and Bangladesh especially the subcontinent, our experience is very different. We are not experiencing the same sort of speed at which the Covid-19 is spreading in European countries and the United States, he added.

He said that we had to face twin challenges; first, to stop the growth of the virus causing deaths and then resulting in the imposition of lock-down; secondly, the bigger challenge to mitigate the effects of the lock-down with the rising poverty.

As this is a temporary solution so, despite the fact that the number of coronavirus cases is rising in Pakistan, we are easing the lockdown, he added.

We have started opening our businesses and our construction industry so that people may find employment because there is no way that the government may fulfill the needs of all the people, he said adding that here we need to be careful about the spread of the virus as well but, on the other hand, if don’t ease the lock-down, we have millions of people facing starvation.

H said that not only the developing world but also the Western countries were trying to create a balance by easing the lock-down to support their economies.

He also said that one thing that we have realized for the coming year that we have to live with this virus unless some vaccine comes out.

Keeping this thing in view, we have developed a volunteer force of one million people who will work with the already overburdened administration to encourage the people for not having gatherings.

Talking about the country’s financial situation, he said that just before the virus hit us, we had managed to balance our twin budgets, the current account deficit, and fiscal deficit, after a very painful series of reforms. We were actually hoping growth in the economy, he added saying that the coming year is not difficult for us only rather it has become a global challenge now and response towards it should also be global.

He specifically mentioned that we have also established a National Command and Control Center where the situation in the country is continuously monitored.

Responding to question about economic relief, he said that a lot of developing countries are facing a problem that, because of the debt servicing, their fiscal space is very much contracted and they are unable to upgrade their health facilities. So, the reason behind asking for the debt relief is that we need that fiscal space to divert our resources to the health facilities and also to the environment.