Famous qawwal Asif Ali Santoo Khan who was sharing his views in the programme Ek Din Geo Kay Saath revealed that he had been singing in front of Prime Minister Imran Khan since a long time. 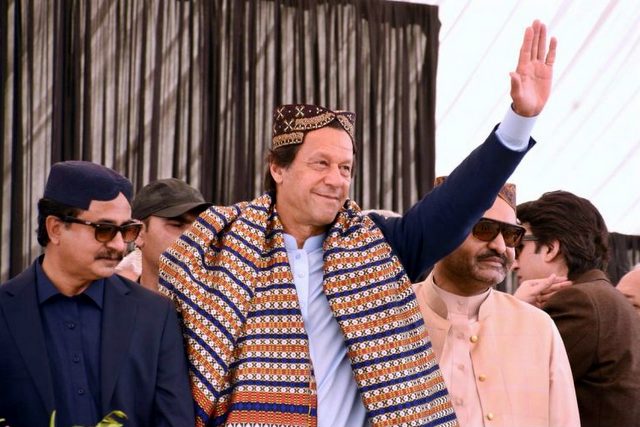 According to the details, famous qawwal Asif Ali Santoo Khan who was sharing his views in the programme Ek Din Geo Kay Saath revealed that he had been singing in front of Prime Minister Imran Khan since a long time.

He added that in a recent programme in Islamabad where he was singing qawwali, Imran Khan participated as a guest and enjoyed his performance.

He said that every time I sing in front of Imran Khan he asks me to sing Is Karam ka karu shukar kese adaa. He also said that Imran Khan has a good insight into Soofyana Kalam and enjoys listening to it.

He also said that he had been singing qawwali for the fundraising campaigns of Shaukat Khanum Memorial Hospital as well.

He praised the bond between Imran Khan and Ustad Nusrat Fateh Ali Khan and said that Imran Khan had great respect for the great legend.

To a question, he said that singing qawwali is not an easy task. A single qawwal cannot sing qawwali; a group of 10 to 15 people makes it possible, he added. He also said that they are nine brothers and all are into this field.

To another question, he said that he once sang qawwali for nine consecutive hours and it took him almost five to six days to get back to life.

He also said that he had been singing qawwali in Persian and Arabic languages. Sharing the memory of an event in Iran, he said that once he was singing Persian qawwali in front of an Iranian dignitary and when the event ended that personality praised his Persian accent.

Host Sohail Warraich revealed in the programme that the Government of Belgium, acknowledging his art in qawwali, had issued a postal stamp with his picture.

At the end of the programme, Asif Ali Santoo Khan said that the art of qawwali needs special attention in Pakistan. He appealed to the prime minister that the government should establish and fund qawwali schools in Pakistan where young talent should be hunted and trained.

It is important to mention here that Asif Ali Santoo Khan is the youngest son of famous Pakistani singer Manzoor Hussain. Mian Maula Baksh (His grandfather) was also a famous classical singer of the Indian subcontinent. He is the student of famous Pakistani qawwal Ustad Nusrat Fateh Ali Khan who once called Asif one of his best students.