He announced a subsidy of 30 billion rupees for Naya Pakistan Housing project and explained that first one lac houses would be able to enjoy this subsidy. 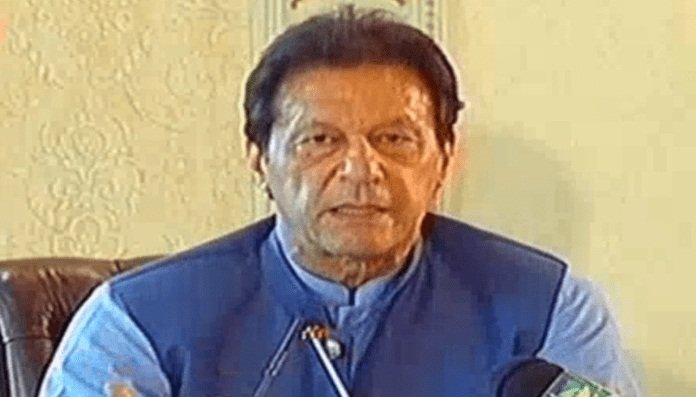 Prime Minister Imran Khan attended the first meeting of the National Coordination Committee on Housing & Construction (NCCHC) on Friday and narrated the decisions made by the committee after having consultations with all the provinces.

He said that the foremost objective behind forming this committee was to construct houses for the people who did not have cash with them to buy their own houses.

He said that professionals like teachers, nurses, welders, or any shopkeeper running some shop do not have money to build their houses and the government wanted them to have their own houses.

For this purpose, the government launched the Naya Pakistan Housing project despite facing the hurdles; the biggest one of them was foreclosure law.

Explaining the foreclosure law, he said that banks do not offer loans to the people for construction purposes due to the non-availability of law through which they could ask the people to submit their installments regularly.

He further said that due to the absence of this law in the country, banks do not offer loans for the construction of houses in Pakistan.

He said that the ratio of house financing is 10% in India 80% to 90% in Europe and 30% in Malaysia while in Pakistan this ratio is only 0.2% and the only reason behind this small ratio is that there is no law to ensure the regular payment of installments.

He said that a lot of hurdles were faced by the construction industry in the form of permissions and utilities but after the formation of this committee, these hurdles would be removed.

He continued that the other purpose behind offering relaxations to the construction industry is a coronavirus, due to which, the whole world was facing recession and people at a large scale had lost their jobs.

When all the countries were trying to uplift their economies by using different means, Pakistan had decided to give oxygen to its economy by opening the sectors of housing and construction, he said and added that by opening the construction industry the laborers would find jobs and the economy of the country would move upward.

He said that the NCCHC would work under his chair on a daily basis and its job would be to remove hurdles coming in the way of the construction industry in all the provinces.

He announced a subsidy of 30 billion rupees for the Naya Pakistan Housing project and explained that the first one lac houses would be able to enjoy this subsidy.

He further announced that 5% and 7% interest would be applied to the construction of 5 and 10 marla houses respectively.

He further said that State Bank of Pakistan had asked all the banks operating in Pakistan to allocate 5% of their total reservoirs for the construction industry.

He also announced that one window operation would be launched for the approvals and NoCs with certain time limits.

He further announced that the government had reduced the taxes on the construction industry that would reduce the cost of building the houses.

He said that all this relaxation was till 31st of December 2020 because after that the government would be again under the pressure of international obligations.

He asked the people to make use of these incentives and construct their own houses while giving job opportunities to the laborers.