Hania Amir in a live session with Aima Baig on Instagram has said that she is not in a relationship with Asim Azhar and they are just friends. 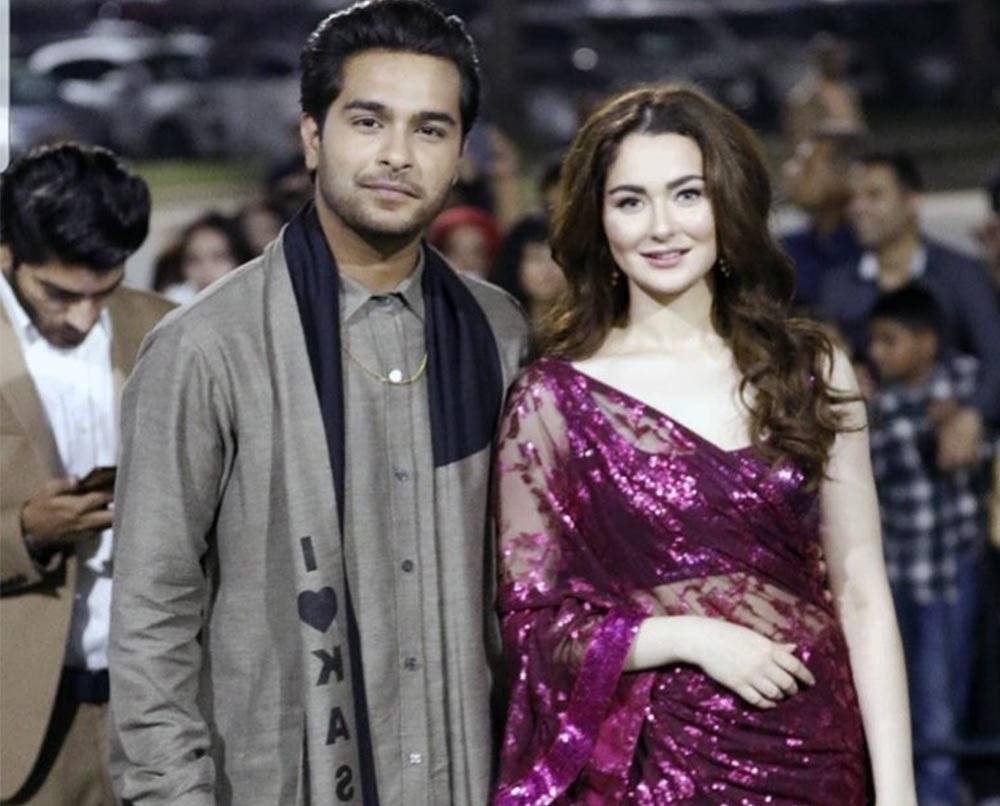 Breakups in Pakistan’s showbiz industry are not very uncommon. Couples get attached or infatuated for a certain period of time and get detached too to find new soul mates.

Pakistan’s showbiz industry had a blow on Sunday when the news of breakup between TV artist Hania Amir and singer Asim Azhar went viral across the country and almost everybody was seen busy commenting on this topic on social media.

According to the details, Hania Amir in a live session with Aima Baig on Instagram said that she was not in a relationship with Asim Azhar and they were just friends.

Soon after the session between Hania and Aima, the social media sites were flooded with funny reactions and comments.

During the conversation between both celebrities, Aima asked Hania about her relationship with Asim to which Hania replied “We are friends, we are not together, we are not dating, we are not a couple. But we are best friends.”

Fans of both the celebrities have taken this news seriously and interesting reactions are being expressed by them on the internet.

The majority of the internet users are trolling Asim Azhar for being friend-zoned by Hania while some are saying that this is because of another girl that Hania left Asim.

Diva Magazine Pakistan shared a collage on its Instagram in which a comment can be seen stating “And friend zone of the year award goes to the one and only #asim #azhar.”

Some of the comments also included the name of famous artist Areeqa Haq for being the bone of contention between Hania and Asim. However, there is no word from her so far in this regard.

In the conversation between Aima and Hania, when Hania said that she was not in a relationship with, Aima exclaimed with wonder that even she didn’t know about this. To this, Hania responded “No no listen, actually, we’re great friends. We’re there for each other and I even played a part in his video.”

Why hania why did u do that to asim azhar! pic.twitter.com/xke1UxOIwv

She also said that she was working on a song with the help of Asim and hoped that he would help her do that.

When Aima asked her the same question again about her relationship with the singer, she clarified her stance by saying “But as far as relationships and ‘are you together?’ is concerned, I’m not with anyone.”

To close the conversation in a euphemistic way, Aima said in the end “Her boyfriend is her work these days,” to which Hania replied, “My work these days and myself these days.”

The news of breakup between Asim and Hania is heartbreaking for their fans as it was least expected from the couple to separate this way.

Now, when the news has gone viral and everybody is talking about it, the most awaited response from Asim is yet to come.

It is being expected that the actual story will be disclosed after Asim Azhar breaks silence in this matter.