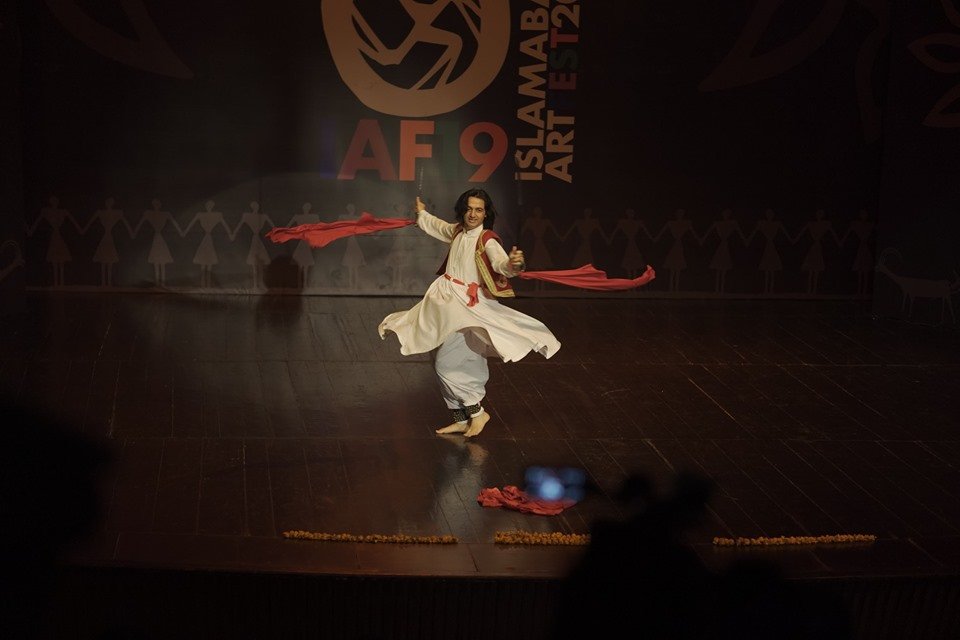 A 13-day long Islamabad Art Festival (IAF-19) is kicked off at the Pakistan National Council of the Arts (PNCA) with wonderful dance performances of Pakistani, Chinese and Indonesian dancers.

PNCA Auditorium was packed to its capacity, as people from all walks of life including artists of Pakistan, US, Indonesia, China, Switzerland, Austria, Iran, France and Spain attended the show. The guest artists were warmly welcomed by the audience when called on stage.

Art exhibitions were inaugurated by artists coming from across the globe as well as Pakistan. The thematic focus of the Art Festival is a dialogue between tradition and modernity. The opening was a tribute to Jamil Naqsh at the same time acknowledging his contribution and meritorious services in the field of visual art.

The festival will continue for 13 days before an elaborate closing ceremony on November 30, 2019. The Art Festival is a collaborative project and will be hosted in several locations in Islamabad and Rawalpindi, including museums, art galleries, educational institutes and public parks.

The organizers said that expression of almost all forms of art will be showcased together. Painting, sculpture, drawing, printmaking, textile design, dance, music, film, puppet shows, theatre, fashion design and performing arts will be available during the festival.

LITERARY CONFERENCE ON CARD: Literature from different lands is also being focused. An international literary conference is also being held in the ambit of the festival. Speakers will be prominent writers and poets from about 20 Asian African countries. They will assemble under the banner of a three day International Writers Conference.

The deliberations and poetry recital sessions will engage literature and academia circles to promote understanding of the cultures and mores of people from different parts of the world. All these art forms are being presented in venues open and accessible to the public.

EMERGING ARTISTS: At IAF-19, local artists will create, exhibit and perform right alongside their foreign counterparts, and catapult Pakistani art to new heights worldwide. Emerging artists will have an opportunity to interact with established and highly-respected artists and exhibit their work together on this collaborative platform.

The aim of the festival is to celebrate diversity and creativity in all forms of visual and performing arts. The spirit of creativity brings people together and strengthens society as a whole. Collaborating with international artists will foster stronger relationships through cultural dialogue and exchange of ideas, and elevate local art and culture on a global level.

The academic component, developed in partnership with leading educational institutes, will include conferences, lectures and panel discussions; book launches; and interactive workshops for children and adults. There will also be a video contest encouraging students to explore culture and heritage of their part of Pakistan.

The Art Festival is led by chief curator Jamal Shah, who worked in close collaboration with curators and artists from across Pakistan and abroad to bring together a vibrant show of visual and performing arts on a scale never before seen in the federal capital.