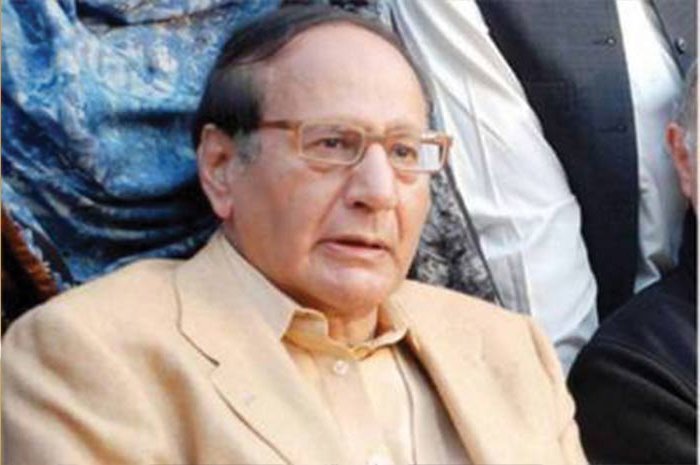 The former prime minister of Pakistan and Pakistan Muslim League President Chaudhry Shujaat Hussain on Monday wrote a letter to Prime Minister Imran Khan about the ongoing issues between the government and media.

According to the details, Chaudhry Shujaat Hussain wrote a letter to the prime minister after the Pakistan Electronic Media Regulatory Authority (PEMRA) suspended the license of 24 News Channel.

He further wrote that misunderstandings were being created between the government and media and it is the government that would face the music at the end.

Media is the fourth pillar of a state and it should be strengthened too for the authority of the state, he also wrote adding that being at odds with media is not good in any case.

He also wrote, “I talked to you when Mir Shakeel ur Rehman was arrested and now I am writing this letter to you because of the suspension of the license of 24 News Channel.”

He stated that at this point in time when Pakistan is already facing so many challenges, the recent suspension of 24 News Channel has strengthened the impression that the fourth pillar of the state is being victimized and the constitutional right to expression is being suppressed.

He also wrote “When I was the prime minister and the then information minister Sheikh Rashid brought a summary to me in which it was written that anybody who submits five million rupees would be given the TV license without any hurdle. Being prime minister at that time I said that there was no need of five million rupees as a fee rather such an MoU should be drafted according to which any news against the government would be tolerated but there would be no compromise over any news against the interests of the state and action would be taken against such TV.”

He further wrote, “A few days back I told Senator Shibli Faraz who is information minister as well that you are the son of Ahmad Faraz and it is hoped that you will follow the footprints of your much-respected father and resolve all these issues with mutual understanding.”

“I hope that you will ask the information minister to resolve all the issues with the TV Channels with the help of dialogues and pay their dues so that they may give salaries to their employees”, he wrote.

He also wrote that the directives for the suspension of the license of 24 News Channel should be immediately taken back so that media workers might be prevented from being jobless because the supremacy of constitution and law is the only solution to all the problems.

It is important to mention here that PEMRA had suspended the license of 24 News Chanel a few days back for illegally on airing the news and current affairs content. Media workers and associations across the country have also termed this suspension an unjust act on the part of the government and have appealed to the government to immediately restore the channel.