Home » Blog » The diminishing character of a national language

The diminishing character of a national language 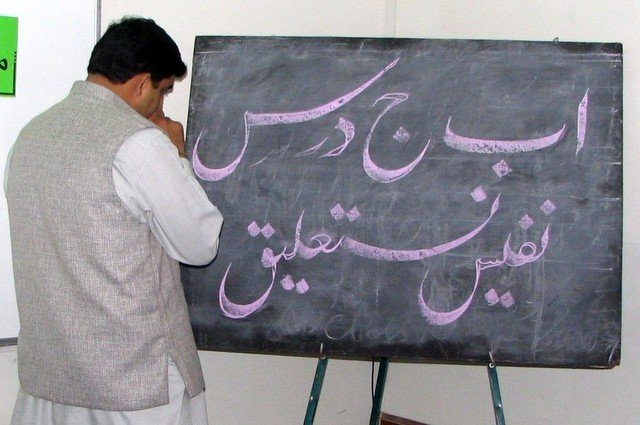 Languages all over the world are seen as defining the nation’s characteristics. Most of the time languages are seen as uniters but sometimes they also act as dividers, as nations lacking a common communication code hardly make it to one table. For the Pakistani nation, the language was actually imagined to be a uniting force but the weak social fabric which followed the years after independence was enough to make language a big disputed issue. It’s very painful to believe that the future generations of those who fought for their language’s integrity were not able to accept it whole-heartedly and kept using it as a tool for further divide.

On February 25, 1948, Urdu was declared as the national language of Pakistan. The move was part of an attempt to unite the nation, which had so many regional languages but actually, what was completely ignored was the fact that hardly anyone was ready to accept it as a national language. The Quaid thought that a uniform language would make people forget some of their differences but he hardly knew that his people are orthodox enough to never let go of their regional and communal roots. Every federating unit had its own words to speak and write but there was a certain problem with the Bengalis who were in a majority than the West Pakistanis. They felt that Urdu was being imposed on them and their language Bengali should be the national language as more people spoke it compared to Urdu, which according to them, should only be confined to West Pakistan. It’s rumoured that once the Quaid was speaking to Bengali students in East Pakistan where he said that Urdu will be the national language on which a student stood up from the crowd and said that Bengali should be the national language. The Quaid was miffed and told his personal staff that this boy would break up Pakistan. That boy was Sheikh Mujib-ur-Rehman.

The elite class of our country also tries it’s very best to stay away from the national language. While at the home, office or with friends, they feel proud of speaking English in their own haunted ways. Whenever they are made to speak Urdu they feel certain disgust and mostly attribute their Western education to the habit of speaking English most of the time. It’s not their fault, as they are just followers. Leaders of this nation like the Quaid and ZAB had privileged Western education but both had mastered Urdu in a short time to show their multi-talented skills. Urdu songs, films, poetry etc are deemed as being less educated and their admirers are not allowed to enter the so-called ‘elite club’. Well, this identity crisis of our elite has done more damage to our national character than the conspiracies we would have imagined being hatched against our national character.

We have really failed to learn from the experiences of our neighbour, which has handled nationalism along with languages in a far better way. India has more than 2,300 regional languages but one hardly finds any state or autonomous region carved out over there on the basis of religion. Hindi in the Devanagari script is the national language along with English as the supporting language, an experiment which has been successful there. In deeply divided nations, a supporting language can do the trick. Canada is another country which deserves brownie points in this regard. For the only province that speaks French, which is Quebec, it has French as the second national language along with English to include all its citizens in the national sphere.

The rigidness of our people to let go of their regional characters has kept this country at loggerheads. The small minds we have in which our province remains the only fort we need to defend, have destroyed the little national characters we had. We can never be true Pakistanis until we embrace Urdu wholeheartedly and accept its importance and depth for us. What we need to accept is that Urdu is the uniting factor for us as a nation and all divides within us can be bridged only and if we remain true to our national language. The more our words meet in the symphony, the more our hearts will be able to glow together.