Special economic zones in Nowshera, Faisalabad and Thatta will help to attract large FDI into Pakistan and help to reverse tide of de-industrialization over the last 10 years 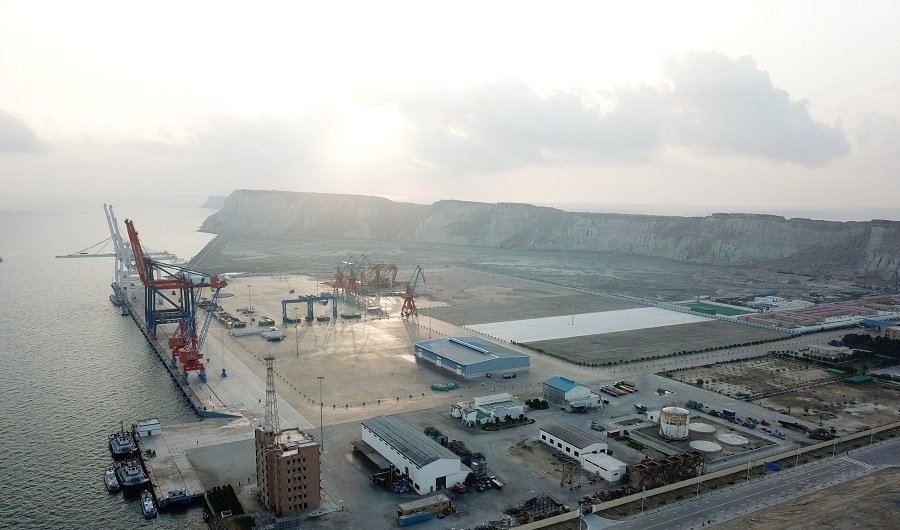 Benefits of the China-Pakistan Economic Corridor (CPEC) will start to trickle into the productive sectors of the economy including industry and agriculture during the year 2020. The first phase of the economic corridor or the early harvest projects addressed key infrastructure gaps in the economy with a focus on energy and transport bottlenecks. Big projects under the economic corridor targeted to be completed in 2020 include the trade and transport connectivity projects of the Karakoram Highway’s Phase-II Havelian-Thakot (118km) road and the Sukkur-Multan (392km) highway. These projects will significantly reduce the transit time and encourage greater trade of goods and services.

As many as Rs40 billion Chinese grants are being invested in Gwadar for upgrading the airport and roads infrastructure. All the big projects, targeted to be launched in 2020, are the up-gradation of the Railways Main Line (ML-1), a $9 billion project which will significantly enhance the railway infrastructure for trade in goods and services. The Phase-II of the economic corridor will build on the success of the early harvest projects and in 2020 resources will be focused towards generating greater economic activity and job creation. The Phase-II focuses on industrialization, socioeconomic development, agriculture modernization, and tourism promotion. Central to Phase-II is the development of three special economic zones (SEZs) on a priority basis, namely Rashakai in Nowshera, Allama Iqbal in Faisalabad and Dhabeji in Thatta.

The special economic zones will help to attract large FDI into Pakistan and help to reverse the tide of de-industrialization over the last 10 years. The government has announced incentives including tax holidays to attract business to make investments in Pakistan through joint ventures with local industry. With respect to the economic performance of the government, inflation was the biggest challenge facing the economy in 2019 as the Consumer Price Index (CPI) inflation accelerated to 10.8 per cent during July-November FY20, compared to 6.1 per cent in the same period last year. Rise in inflation is a direct consequence of the economic challenges inherited by the present government. This includes large twin deficits and records high circular debt.

When the government of the Pakistan Tehreek-i-Insaf took office, current account deficit had hit record levels of $20 billion, with dwindling foreign exchange reserves and large external debt payments looming ahead. To avoid a default on debt obligations, the government had no option but to realign the exchange rate. Between August 2018 to December 2019, the currency devalued by 25 per cent (from 124 to 154). This has been a major contributor to rising inflation. Through a significant reduction in the twin deficits, we are targeting to reduce inflation in 2020. Greater stability in the exchange rate, zero borrowings from the State Bank of Pakistan and tighter monetary policy are all measures geared towards bringing down the burden of inflation.

PAKISTAN AS A WELFARE STATE

The government, on top of these policy measures, has also increased subsidies to shield consumers from rising power and gas costs. Similarly, the government has allocated higher subsidies at utility stores and ‘roti-tandoors’ for citizens. The government strongly believed in making Pakistan a welfare state and in the FY20 budget, the government substantially increased pro-poor spending under the PM Ehsas programme. Budget allocation for the Ehsas initiative has increased significantly to Rs190 billion in FY20. This includes the unconditional cash transfer programme (BISP) of Rs 5,500 per quarter to 5.1 million beneficiaries.

Under the Waseela-e-Taleem programme, 3.2 million children in Pakistan’s 50 districts are receiving conditional cash transfer of Rs1,000/quarter to reduce drop-out ratio. Recently, Prime Minister Imran Khan has launched 200,000 Ehsaas undergraduate scholarships programme for the unprivileged children. The government wishes to ensure that no student is deprived of education because of financial needs. It is a programme for high achievers from low-income families. Under this programme, at least 50,000 scholarships will be provided annually to deserving students that belong to the public sector and participating non-profit private sector colleges and universities.

Asad Umar, a Pakistani politician, is currently serving as the federal minister for Planning, Development, Reforms and Special Initiatives