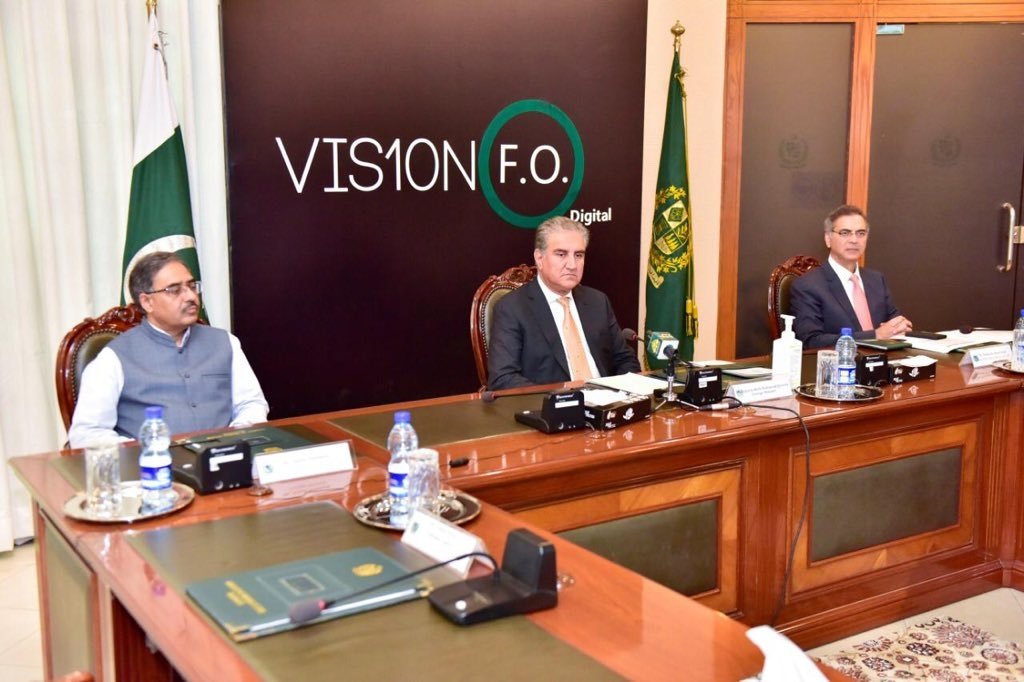 The coronavirus pandemic had digitized the world forcing everybody to stay at home and work online, said Foreign Minister Shah Mahmood Qureshi on Friday while speaking at the launch of a mobile application specifically developed to engage the officials at his ministry during the lock-down period.

According to the details, Foreign Minister Shah Mahmood Qureshi launched a mobile application named ‘FM Direct’ on Friday to be in touch with the officials working at the Ministry of Foreign Affairs.

#FMDirect has been introduced to #MOFA officers now specifically during the #Covid_19 pandemic owing to the critical importance of all officers being as connected as possible, to ensure swift and multi stakeholder coordination, dialogue and action. #VisionFO https://t.co/YPayA1Kggj pic.twitter.com/naKsBjTAyN

He said that the step was actually the materialization of the concept of an e-office that would help the officials at the ministry to be in touch with one another during the lock-down time.

He added that the exercise would enable the ministry to shift to the digital framework in the long run.

He also said that most of the countries were actually shifting to the online resources now to diminish the aftereffects of the coronavirus pandemic and keep up with the pace of the rest of the world.

He further said that the COVID-19 had digitized the whole world forcing almost everybody to stay at home and work online.

He said that earlier there was no exposure to such techniques and facilities but now the world had changed its priorities according to the changing situation out there.

He said that for the first time in the history of Pakistan anybody at the Ministry of Foreign Affairs including the lower staff could talk to the foreign minister directly.

Quoting Prime Minister Imran Khan he said that “the prime minister tweets almost on a daily basis; I also do that but not on a regular basis.”

He also said that the conduct of official online meetings would become easier and comfortable with the launch of this application as everybody concerned would be on board.

It is pertinent to mention here that the ‘FM Direct’ application is a step taken under the initiative #Vision FO that was launched by the foreign minister in December 2019 to propagate the vision of the ministry on a bigger scale and in a communicative way.

Not only the Ministry of Foreign Affairs but also the other departments of the government are resorting to the online resources during the lock-down period.

Either it is Ehsas cash distribution initiative or corona tiger force, the government is trying to make everything public and transparent with the help of online resources.

Even the government has decided to continue the educational activities at the universities online so that the students may not waste their time in the hands of the outbreak.

Earlier, to help address the issues of the public at large, Prime Minister Imran Khan soon after assuming the charge launched a platform ‘Pakistan Citizen Portal’ through which a common man can directly submit his application with the prime minister without any delay or procedural process.

In short, the use of technology has been a major strength of the current government so far. Right now, when the country is badly hit by the consequences of the coronavirus outbreak, the government is again looking for e-solutions.

How Working From Home Has Changed Our Personal Lives?