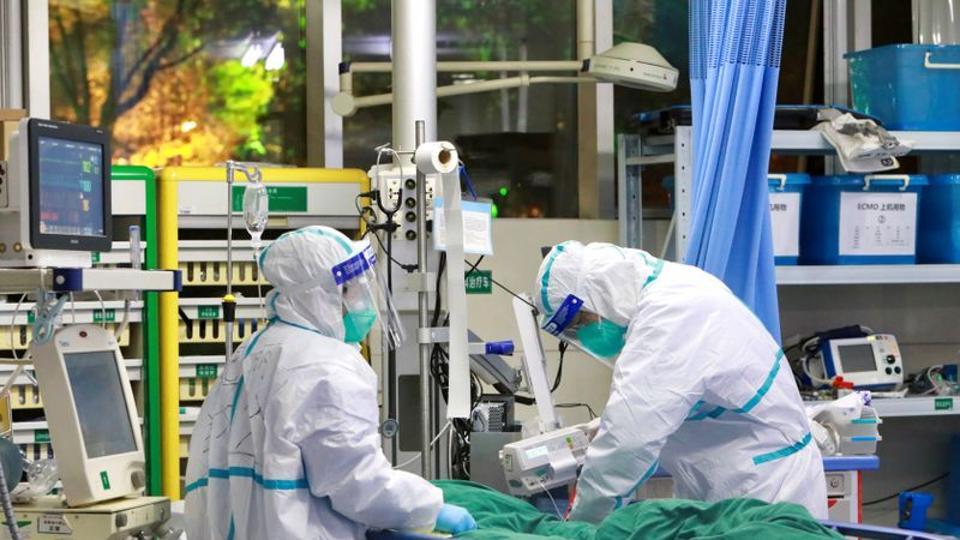 Four Pakistani students who were tested positive for the new coronavirus in China are recovering quickly and are out of danger, as Pakistan Embassy is also monitoring their health conditions regularly, Pakistan Ambassador to China Naghmana Hashmi said.

All four of them are in hospitals and are recovering quickly according to Chinese doctors, she said in her message. Currently, the victim students are hospitalized in Shenzhen and Guangzhou after shifting from Wuhan, the epicenter of the coronavirus epidemic.

Naghmana Hashmi said that these students were diagnosed at an initial stage. “They are being provided complete medical care and according to the doctors, they will soon fully recover.” About arrangements for Pakistanis in China, she said that Pakistan Embassy is working 24/7 to inform them about the evolving situation in view of the coronavirus outbreak.

Living in Dubai; Easy or Hard All Depend On Someone’s Pocket

“We are also receiving emails and every email is being responded to,” the ambassador said. She said that every complaint is being transmitted to the Chinese authorities and the university administrations to ensure that problems and complaints of the Pakistani students were resolved and redressed.

In addition to that, the embassy is also in touch with the authorities in Pakistan and updating them minute by minute on the evolving situation. About some Pakistanis in Urumqi, she said that the embassy had ensured that all of them had hotel accommodation and food available to them till such time that China Southern Airlines resumed their flights.

Lauding Chinese efforts in controlling the coronavirus from spreading, she said that China had done everything possible to detect and contain the virus. She said that the Chinese have done a tremendously wonderful job in trying to protect the people from this virus. Even, the WHO director-general had deeply appreciated efforts done by China, she said.

She said that China had wisely and rightly asked all nations not to evacuate their people because evacuation is more dangerous than the virus because it could spread the virus to the countries where these people are being evacuated.

Minister for Foreign Affairs Shah Mahmood Qureshi had a telephonic conversation with China’s Foreign Minister Wang Yi and conveyed his condolences on the loss of precious lives due to the outbreak of coronavirus. He lauded relentless efforts undertaken by China for the containment of the virus.

He underscored that the government and the people of Pakistan stood firmly behind China in its resolute and momentous efforts to deal with the virus. On behalf of the Pakistan government, the foreign minister extended an offer of sending a field hospital to China, as well as sending a group of doctors to the brotherly Chinese people to assist them in the recovery efforts.

He hoped that the Chinese under the leadership of President Xi Jinping and Premier Li Keqiang would overcome the enormous challenge and emerge stronger in its aftermath. The foreign minister thanked China for helping Pakistani students in Wuhan and hoped that Beijing would continue to take the best possible measures for the protection of Pakistani nationals.

On behalf of Premier Li Keqiang, Wang Yi conveyed a special message of gratitude to Prime Minister Imran Khan, underlining that Pakistan had shown tremendous support and solidarity with the Chinese people at this difficult time when they are fighting against the spread of coronavirus.

He thanked Pakistan for the assistance it is rendering to help China deal with the outbreak of the virus. He underscored that China is taking effective, speedy, and urgent measures to contain the coronavirus. He assured Shah Mahmood Qureshi that the Pakistani students in China are being treated “like our own.”

Pakistan International Airlines (PIA) Country Director Qadir Bux Sangi confirmed that the national airline has canceled its Beijing-Islamabad flight PK-852-853 scheduled to operate on February 3, as per instructions of the Civil Aviation Authority.

The airline has decided to waive-off penalties including refunding and no-show charges for the passengers traveling from China to Pakistan in view of the current outbreak of coronavirus. “The decision has been taken by the management to facilitate PIA’s passengers who were not able to take their flight due to various reasons as a result of the situation in wake of current coronavirus outbreak in China,” he said.

Civil Aviation Authority spokesperson Abdul Sattar Khokhar said that Pakistan temporarily suspended all direct flights with China, affecting PIA, Air China, and China Southern Airlines. “We have suspended all the direct flights to and from China with immediate effect till February 2.”

The regulatory body did not comment on the reason for the flight suspensions. A decision on whether flights will be resumed will be made soon. “We have received a notification from the civil aviation authority regarding the flight suspension to China since it is a decision from the regulatory body we will obey its directions,” a PIA spokesman said.

“We have identified the National Institute of Health in Islamabad, Shaukat Khanum Hospital in Lahore and Agha Khan Hospital in Karachi with all the necessary instructions.” She said that China has prepared vaccines and special kits that will soon be available in Pakistan.

There is also a central health establishment department within the Ministry of Health, she said, adding that this department has help desks at all the entry points at airports and seaports. She said that the government has provided scanners at all desks for the screening of passengers coming to Pakistan.