The requirement of Venture Cup for each Country Partner is at least or minimum of three teams to be registered by June 14. 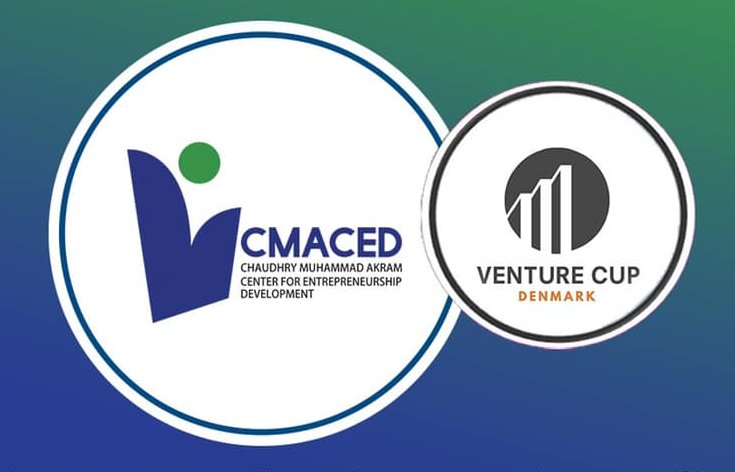 CMACED is an initiative university-wide with an aim to form an entrepreneurial mindset. The place gears the students with certainty, expertise, and gizmo to turn an entrepreneurial idea into a growing reality or fact.  CMACED arranged a set of seminars/discussion forums, workshops, and as well as frequent sessions to mentor on certain matters: basics of entrepreneurship, e-commerce, and spontaneous intelligence all around the year. In the year 2015, VCD (Venture Cup Denmark) brought in the opening of the University World Cup all across the globe included 37 university startups. It is resulted in a huge success and been kept on running in Denmark. Therefore, to feature the best university startups from around the world is the goal of the University Startup World Cup. It is a platform and a network that can help startups grow. Venture Cup Denmark is a competition where around 60-70 countries participate yearly. In 2019, a team of passionate entrepreneurs participated in Venture Cup Denmark and their team Medeers, the semifinalist represented Pakistan as the only startup from Pakistan. Venture Cup Denmark functions closely with numerous Country Partners all across the globe. These are mostly organizations/universities which focus on innovation, entrepreneurship, and startups. The country partners get promoted on the website of Venture Cup Denmark.

The Venture Cup Denmark is going to be organized in Wenzhou China in the month of October with the following dates 18th – 20th and it is motorized by Venture Cup Denmark. This is going to be a huge opportunity/event to match key players from the ecosystem of China which may include companies, investors, entrepreneurs, and some other student startups. Well, almost a total of 60 amongst the best university-level startups will be participating and they claim it will be proved as an exemplifying moment for the startups. The participant needs to be: a current student or have graduated within 2 years, must have at least 2 co-founders on the team, only 2 members per startup are allowed to attend the event and a country partner cannot be a co-founder with the team but mentorship allowed. Venture Cup Denmark decided four sections for participation, such as; Smart City, Information Communication Technology (ICT), Healthtech, and Greentech. These four sections are for early-stage as well as growth stages. There would be 8 category winners in total and there will overall 2 winners.

Oh My Genius Entrepreneurial Bootcamp at Aghosh Murree” By CMACED

Therefore, per startup, just 2 members can attend the event. The flight grants are going to be offered to qualified startups. The accommodations will also going to be provided by the host (Venture Cup China).   There are considerable advantages from Venture Cup Denmark that may include: the reward money to winners or airfare. All the four sections winners at early stage will be receiving 1000 USD each. Nevertheless, 15,000 USD will be given to overall winner. All the four sections winners at the growth stage will be receiving 1000 USD each, whilst 15,000 USD will be given to the overall winner. It is permitted for country partners to attend the event but they will not be catered with flight fares. However, local travel and accommodation will be provided by the host.

CMACED is playing an important role in being a country partner of Venture Cup Denmark. It is a country partner and providing a platform to the startups at an early stage and growth stage.  The main role of CMACED is to elevate the teams for USWC 2020. It is the best way for all university students’ startups, an opportunity to apply an open application process.

Being the country partner of an international competition CMACED appreciates all the local startups and the players of entrepreneurial ecosystems to come and participate in this auspicious event to build a sustainable, economic and social impact.

So Startups are you ready to fly to China?