Home » Business » Corona effects: Center and Sindh not on the same page 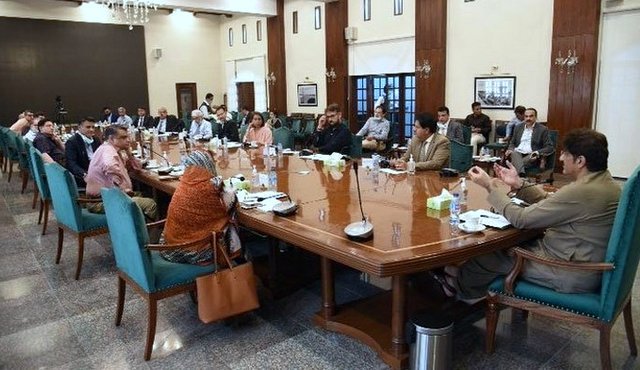 Corona is a deadly virus and is putting the lives of people on stake all over the world in the form of a pandemic. Pakistan is also one of the countries which are directly affected by this outbreak and are forced to impose lock-down forcing their citizens to be at their homes.

This pandemic has not only quarantined people but is also leaving such effects especially on the economies of the developing countries which will be hard to manage later on.

Here in the country, as per the latest developments, some difference in the strategies of the federal government and Sindh is being observed.

The statement further said that the federal government was taking appropriate measures to curtail the difficulties of the electricity and gas consumers by giving a facility of three monthly installments for the electricity bills up to 300 units and gas bills up to Rs 2,000.

Earlier in a talk show of a private news channel on April 10, senior journalist Nasir Baig Chughtai said that differences between the center and the provinces was not a new issue but here, in this case, the federal government was right in its stance that Sindh should not go beyond its powers as it was unconstitutional as per law.

The federal government, under its Ehsaas Emergency Cash Programme, has already announced and started the biggest relief package in the history of Pakistan by distributing Rs 12,000 among twelve million families benefitting above seven crore individuals across the country.

To ensure transparency in this process, all the data has been collected by NADRA and all the beneficiaries are digitally verified before handing over the cash. Through this initiative, an amount of Rs 144 billion would be distributed among one crore and twenty lac families within two and a half weeks.

Prime minister Imran Khan has time and again reiterated that this programme is for that stratum of the society that has been affected the most during this lock-down. He has also appreciated Sania Nishter for chalking out this programme in a transparent way.