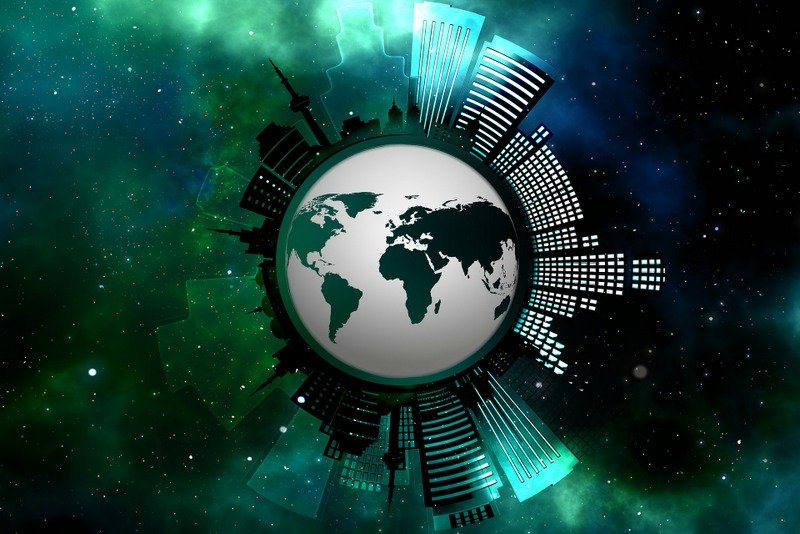 I believe most of us are cognizant of the word ‘utopia’, which means a society or a world that is desirable, serene, and halcyon. But how many of us are aware and knowledgeable about its antithesis, called ‘dystopia’? A Dystopia is a world or a society that is undesirable, horrifying, and gruesome in its characteristics and outlook. A place where injustice and oppression reign supreme. Totalitarianism is the ideology that governs or rules such a place. Those who love to read books and have a deep interest in current affairs would link dystopia to George Orwell’s magnum opus ‘1984’ since that book is a masterclass in the dystopian genre and its descriptions that have become ostensible in this world. But I am not going to write about the Dystopia predicted by George Orwell, I am here to write about the Dystopian world described by Aldous Huxley in his masterclass novel, ‘ BRAVE NEW WORLD’.

Huxley was an English writer and philosopher who lived in the 20th century. He nominated for the Nobel prize in literature seven times.  BRAVE NEW WORLD is considered his literary masterpiece which describes a dystopian world called WORLD STATE. Huxley’s dystopia describes reproductive technology, sleep conditioning, and psychological manipulation adopted by the all-powerful elite known as ‘World Controllers’ to control the masses and make them passive and submissive. There is no poverty and no war. Everyone is happy and obeys the commands of the Word Controllers. Artifice reigns supreme in the World State.

Huxley’s dystopia is governed by totalitarianism. Here, totalitarianism is achieved by ten World Controllers or the all-powerful elite. They control everything, the media as well. Through sleep conditioning and psychological manipulation, they have brainwashed citizens and made them subservient. This is relatable to the current situation of the world where the richest controls about half of the global wealth and resources. Also, in the United States alone, only six corporations control nearly the entire media, which articulates lies depicted as manna to fool the masses by making them passive so that they don’t question the authorities.

Brave New World also talks about genetic engineering, which was rapidly redefined and implemented after Huxley’s death. Children grown in test tubes are conditioned to espouse mass consumerism, sexual promiscuity, and unswerving dedication to the World State. We already have pharmaceuticals like Ritalin which can sedate the growing number of children. Also, the number of test-tube babies is on the rise. Furthermore, such conditioning makes sure that there are different classes of people. The Alphas produced in test tubes have the highest intellect and great traits, then there are Betas, followed by Gammas, the Deltas and at the last of the social order, there are Epsilons, having no poor intelligence and are despised by everyone. This is evident even in these modern times when people of lower classes are considered despicable and are given no respect at all.

Mass Consumerism has been discussed in this book and is prevalent everywhere. The public massively consumes things, even those things that aren’t of any use. We have seen this recently when people bought things in massive quantities during the Coronavirus crisis. Also, mass consumerism isn’t only limited to the purchase of things, it also refers to unhealthy usage of particular things. Here we have four-year-olds to grown-ups glued and addicted theirs to mobile phones and tablets. This unhealthy consumption of technology has led to an increase in anxiety and a decrease in the time span of human concentration. The book also tells about the mass consumption of a drug called ‘soma’, which induces euphoria. Everyone takes that drug to keep themselves happy and free from any worries. We are already seeing the rise in the usage of antidepressants and anti-anxiety drugs these days.

The people of the World State are conditioned to be sexually promiscuous, to engage in casual sexual relationships outside the bonds of marriage. We have already witnessed the sexual revolution of the 1960s which promoted promiscuity, infidelity, and culture of casual relationships. Such immoral and lewd acts are on the rise everywhere. Marriage is disdained, considered a symbol of oppression and boredom. Religion is considered obsolete, no longer valued. Parenthood is also disdained and considered contemptible in the book. Fidelity to one another is gone. Anyone who tends to gravitate towards religion, marriage, empathy, and real love is called a ‘Savage’. This is evident in these times sadly that anyone who tends to be fond of the concepts of marriage, religion, and empathy is mocked and becomes a laughing stock for being ‘old fashioned’.

Oh My Genius Entrepreneurial Bootcamp at Aghosh Murree” By CMACED