Home » Blog » High divorce rate: who is to be blamed? 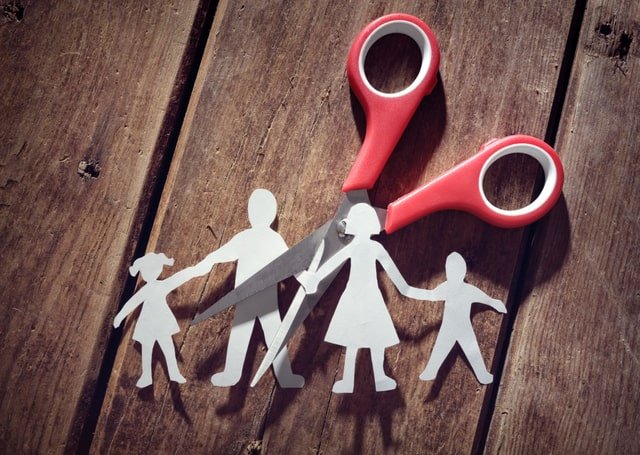 Marriage is one of the most beautiful and pleasurable relationships in life. It is the only relationship that is not an ascribed one, but you develop it at some stage of your adulthood which is destined to make its length till death.
Truth is that, if Adam and Eve would not have vowed to live within this strong bond till death, this world would not have been possible. From ages, couples have sacrificed and endured with affection, perseverance, and kindness, not only to make their marriage long-lasting but have also set ideal examples by performing a key role in making healthy and peaceful societies.

As Fawn Weaver says;
Marriage: “Love is the reason. Lifelong friendship is a gift. Kindness is the cause. Til’ deaths do us part is the length.”

It is worth mentioning here that, the ratio of successful marriages in recent years has decreased to a considerable extent. Reading these lines the majority of Pakistanis might be thinking that women are the major culprits in this situation!!

I consider this viewpoint a little conventional to be applied where the entire living style and family setup is evolving three times faster than it used to evolve half a century before. Obviously, the change in our local culture is also resulting in transformed thinking patterns.

Today’s changing beliefs require problems to be solved within the light of facts, and not merely blaming a single spouse. And, the facts state that in our daily lives we see a lot of women being suppressed by their husbands, in-laws as well as their own blood relations to live a married life, no matter they get psychologically and physically defected at the end by the torture from their spouse or in-laws.
According to the latest surveys, every day media reports several divorce cases in which women are the major victims.

In a lot of cases women, after divorce is killed by the ‘fire of revenge’ in the ‘cruel hearts’ of their x husbands. Those men don’t even care that their x wife was, actually the mother of their little kids. The harsh reality is that those poor little lives are made orphans by their own fathers.

We often see couples around us or even watch stories of different couples on TV apparently living a happy married life. But, sometimes those women turn to secretly visit a psychologist complaining about her husband beating her at night or emotionally torturing her every day by doing demands against her ‘marital rights’.
As a child, I was fascinated by the luxurious and merry life of an ‘uncle auntie’ in my family friends. Years passed by and they had two kids. Auntie started to devote most of her time in the brought-up of ‘their’ babies.
But, one day she came up crying maniacally claiming that her husband has been in illicit relations and now he is asking for a 2nd marriage’. So, literally speaking that woman got the ‘ripe fruit’ of her keen interest in ‘their’ offsprings.

This is not it, young couples have been complaining about their married life as well. Especially young husbands often complain that their wives are not interested in cooking or ask them to fulfill all their wishes which they are not yet financially capable of fulfilling.

When boys do get married between the age of 25-26 years, they are financially not that stable nor emotionally and mentally mature to tackle with the marital complications.

On the contrary, a Pakistani woman is brought up in a way that she is able to manage her married life well. But, not keen to learn domestic work and asking a spouse to fulfill all her ‘Cinderella’ wishes are a kind of blunders that can ruin her married life.

On the other hand a man, form childhood is stuffed with two words;

These two words make him appear strong and mature to protect his family and manage his marital life respectively. But the truth is that those men remain immature always asking their spouse to say what they say, to do what they want them too.

They forget that, in this way, they ask for a ‘pamper up’ from their wives which are a complete childish act. I am not a feminist but the incidents in the past have declared that burning a wife’s face, beating, and emotionally blackmailing her makes a lot of wives reach a point to plead for divorce.
Otherwise, a Pakistani woman, no matter from any faith she belongs to, is not brought up in a way that bold, taking divorce without any significant reason. Because divorce is a taboo that always points towards a woman’s character and the shortcomings on her part.

Therefore, our men need to understand that it is against their dignity to mistreat their better halves. Because, “A real man always respects, protects and loves his woman”
All the couples need to maintain this beautiful bond with love, affection, care, and compromise which they equally have to take part in.
After all;

“Happily ever after is not a fairy tale. It’s a choice,” says Fawn Weaver.