Home » Blog » A day with the governor 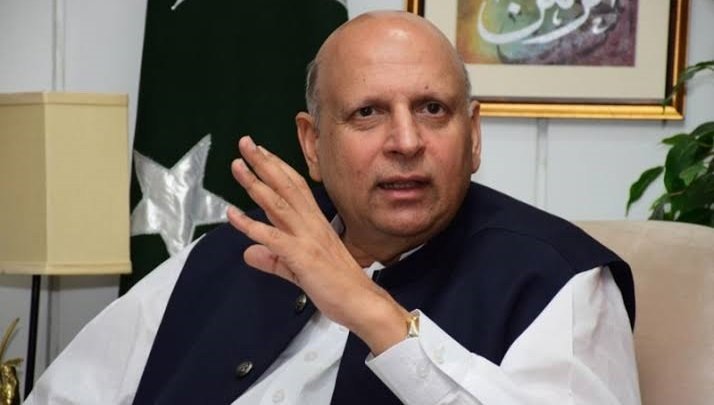 The Governor’s House, an official residence of the provincial governor of Punjab in Lahore, is a place with a mesmerizing stare and captivating sights. It has antiquity, magnificence, and splendor. The most beautiful building I have ever visited and probably the most well-maintained place. It contains a host of suites which are divided into private and public areas. Over a period of time, there has been a transformation in its architectural character due to events, changing requirements and the altered political scenario, so that it is more like a living entity than an inanimate structure.

Its charm is enhanced by the enormous trees lining the road and their concentration in the gardens alongside it. The spaciousness which one feels here is hardly encountered elsewhere. Dr. Waqar Chaudhry, one of the teachers at the Institute of Communication Studies, arranged a visit to the Governor’s House and meeting with Governor Muhammad Sarwar for a panel interview. Prof Dr. Shabbir Sarwar and teams from the department’s FM Radio and a newly-launched web television were also part of the panel.

After waiting for a couple of minutes, we all were with Governor Muhammad Sarwar, a self-made but a very humble person. His journey from ‘Sarwar to Governor’ is an inspiring story of passion and determination. In 2013, he relinquished his British citizenship and became the provincial governor. He resigned from the position on January 29, 2015, after disagreeing with the then government of the Pakistan Muslim League-N and its foreign policies. It is a reality that he returned to Pakistan keeping in view that this is the land where he belongs to and said that Pakistan is a better place to live in.

When he was asked about reasons behind switching to the then opposition party, he said that he is a man of rules and discipline, he was not in favor of some key policies of the then ruling party so he resigned from the highest position of the province. He was appointed as the 33rd governor of Punjab in the office again on September 5, 2018. He is affiliated with the Pakistan Tehreek-e-Insaf, now a ruling party. Muhammad Sarwar said that Prime Minister Imran Khan is a leader of youth and believes in the betterment and development of the young generation.

He believes that education plays a vital role in the progress of a state and it is the only key to success. He said that the government is working hard to make education better and slow down the dropout ratio of students from the schools. Being a chancellor of universities, he believes that every vice-chancellor should be appointed on merit. He dislikes the old pattern of appointing the vice-chancellor with 40 percent marks for educational record and 60 percent for interview. He says that only 20 percent marks should be for an interview and 80 percent for the academic record.

About overseas Pakistanis, he says that three benches of the Lahore High Court have been established in the province exclusively for expatriates while committees have also been established at district level headed by respective deputy commissioners to address the genuine grievances of the people living abroad. In the end, he says that Pakistan is a country for our children and they have to live here so we should make efforts for its prosperity. Governor Sarwar wants to make Pakistan a secure and safe place for the next generation.

Mehak Ejaz, a mass communication student, is pursuing her master’s degree in development journalist from the Institute of Communication Studies of the Punjab University in Lahore