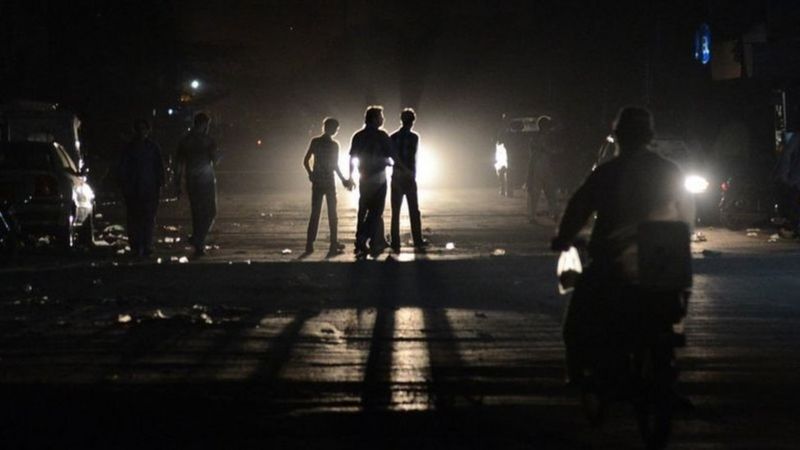 Energy Ministry says restoration of electricity in Islamabad's some areas

Minister for Power Omar Ayub has said that frequency in the power distribution system suddenly dropped from 50 to 0 which caused the blackout after a massive power outage in ‘all’ major cities across Pakistan.

After the power breakdown, senior government officials confirmed that all lines from the National Transmission Despatch Company (NTDC) have tripped that caused power outage. In his Tweet, Omar Ayb said that all teams have reached their respective stations. As the Minister for Power, “I am personally overseeing the work for restoration of power,” he said.

Prime Minister’s Adviser on Political Communication Shahbaz Gill said that the entire team of Ministry of Power was working to resolve the issue. Omar Ayub said that Tarbela will be activated so a phase wise restoration can be carried out. “We are trying to ascertain what caused the drop in frequency.”

The power minister requested the nation to exercise patience. “We will keep the people updated periodically over the progress in power restoration,” he said. Within no time, the term #blackout became a top trend on Twitter in Pakistan. While people also posted news about power outages on Facebook and other social media platforms.

In a Tweet, a spokesperson for the Ministry of Energy said that the Guddu power plant developed a fault at 11:41pm on Saturday night, according to initial reports. “The fault caused the high transmission lines to trip, which in turn caused the system frequency to drop from 50 to 0 in less than a second,” it said. In a statement, Federal Minister for Information Shibli Faraz said that the breakdown had been caused by a technical fault in the NTDC system that is being restored.

Technical fault in NTDC system. System is being restored