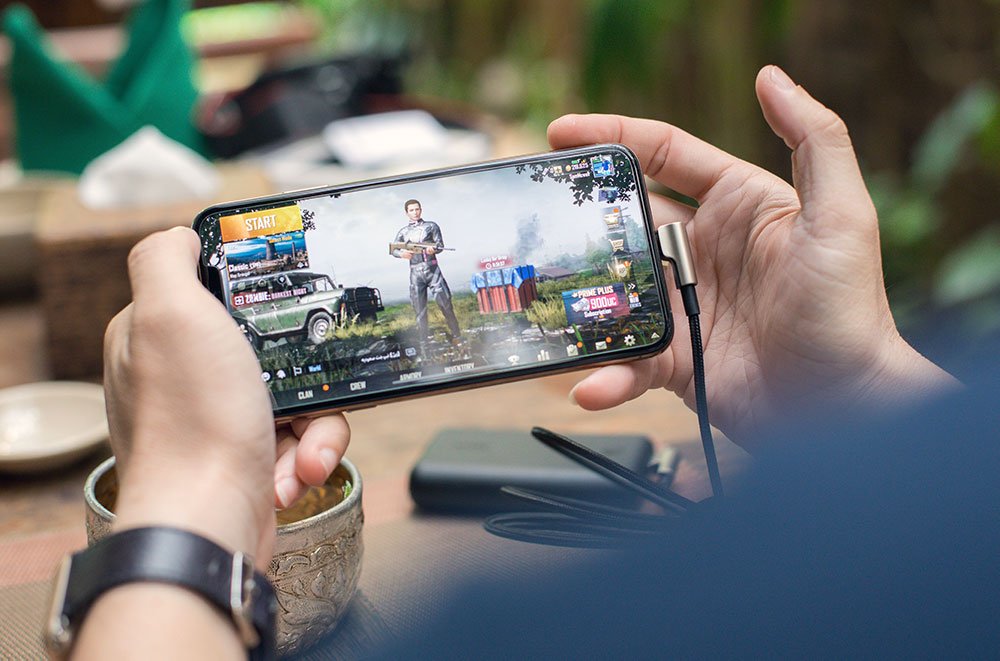 In a recent outpour of mixed sentiments, Pakistan Telecommunication Authority (PTA) stamped a temporary ban on the highly popular cross-platform video game, Players Unknown Battlegrounds or PUBG. The action, that prompted loud reactions over social media including viral Twitter trend #UnbanPUBG in under just a few hours of the announcement, was initially taken in wake of recent letters written to and by police authorities, litigation in the Lahore High Court that referred matters to PTA in reaction to reported suicides and allegations of violent habits in children as a reaction of playing the game, garnering a minute response against the game on social media platforms.

While general criticism of the video game over social media seemed hardly more than satire to most, the PTA reaction in a press release through its PR Director, Khuram Ali Mehran, cited suicides, violent behavior, and even wastage of time justifying its temporary ban. In a bid to ‘save the children’ from the alleged adverse effects of the game and to follow Honorable Lahore High Court instructions, PTA also called for public consultation in the matter. 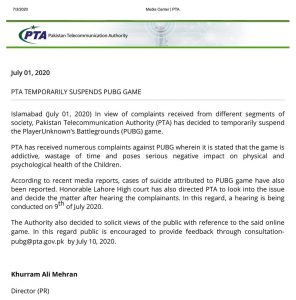 Approaching the question foremost from the psychological ground, there is undoubtedly a vast variety of publications on the correlation between violent videogames and actual violence, with several indicators being used and sometimes even manipulated to get desired results. But keeping within the dimension of correlation, it is documented by the United States Department of Justice (Office of Juvenile Justice & Delinquency Prevention) informs that over the period of the year 1994 to 2000, the video game industry had its biggest rise, during the time of their exponential increase in popularity and growth, violent crimes by juveniles (aged 15 to 17 years) plummeted exhibiting a decrease by 44%. The same reflects in young adults, decreasing crime rates for 18 to 24-year-olds, by 24%.

Another popular and sound research at the hands of Experimental Psychologist & Director Research at Oxford Internet Institute, Andrew Przybylski, along with influential lecturer and intellect in the field, Dr. Netta Weinstien, published through the Royal Society of London insists on a similar conclusion. Utilizing in their study dynamic approaches and three different operationalizations of violent video games, they found no connection between violent video game content and actual violence. They went further in their summary for the Royal Society to exclaim that they could have used some indicators to manipulate results if the research at hand had a conflict of interest or already sough goal in mind, as the majority of researches in the field.

Further, it seems important to repeat here that correlation is not exactly causation. Though some plead that the two have similar implications, for fields such as astronomy, but in medicine, psychology, and legality, it would seem unwise to replace the specific causative with a loose coexistent variable. Hence, the vast majority of studies implying a correlation between violence and videogames, even if established in rhetoric or interpretation of statistics, it does not hold much rational weight for statewide actions.

The psychological debate in favor of the videogame is further strengthened by studies that mention screen time in general, and the level of difficulty of the game instead of any form of content to contribute to the irritability of the subject playing it. Still more authoritative and relevant statistics published by the US Secret Service claim that well over 86 percent of school shooters have no interest in violent videogames whatsoever and the remaining 14 percent record no causal link between games and their actions. 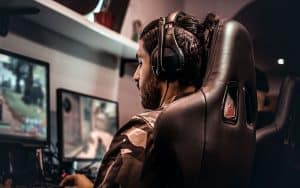 These facts hold greater truth from the perspective of subcontinental youth, where the rate of student suicides grows regularly. The idea of attributing suicides and violent behavior with video games is far even from treating symptoms rather than the cause. The idea is not only unfair but detrimental to the cause of suicide prevention, where a great majority of parents and authority figures are alienated from facts and continue to stigmatize patients with mental issues ignoring family history, individual surroundings, trauma, and several other established contributors.

Oversimplifying suicides to basic gaming addictions without recognizing the promoters of extensive use such as a virtual escape, entertainment, healthy sports expression or coping mechanism for a great majority of players would be unfair to the great majority of youth in the country. Such decisions reinforce misunderstandings related to psychological issues and in turn promote the chances of suicide and self-harm in general instead of decreasing it. Hence, games such as these while having next to minimal real-life implications, do not deserve such extreme concern, a statement also backed by the Washington Department of Health.

Coming to the economic and legal perspective of the ban, while understanding already the lack of any psychological causation, the ban on singular violence involving the game is a breach of norms of a free market. Specifically in the contemporary situation of Pakistan, where even the apex court has instructed the government to make possible the introduction of eCommerce platforms such as Amazon and Paypal, selective hindrances for one of the most popular games globally reflects against the governments own strategy as well as the ideals of the free market and promotes concern among all developers.

In addition, if the government allows free propagation of the game in the first place, barring it specifically would be tantamount to promotion of its popular competition such as Call of Duty, putting PUBG at a substantial disadvantage and depriving its general right to audiences which the others providing similar content freely enjoy. Legal practitioners may observe that such matters may also become a subject of the question for the Competition Commission of Pakistan.

From the standpoint of international comparison, Pakistani internet users had already been left at a considerable disadvantage from the ban on the similar ban Youtube, the time lost and the lack of accessibility put Pakistani creators at a considerable loss both in terms of audience, finance as well as creative development and local development for the entire field as a whole. Similar effects may be seen with the banned game, while Pakistani gamers already thriving in international competitions with minimum government interest.

Moreover, being a popular platform irrespective of financial class, as console-based games provide similar experience unaffordable for the majority of users, banning the game will have class and finance restricted effects specifically on lower budget users, making gaming once again, a luxury for the elite. Legally, another valid perspective is that enforcement of the existing age recommended and Parental Advisory rating by Application Stores as well as game developers is not the responsibility of the company contrarily, the onus, regrettably, falls on the parents.

Finally, it may be urged that PTA sitting on a pot of gold, in terms of a nation with 64% youth and ever-growing internet user population, may use its unique position instead of allowing misguided sentiment to turn the authority’s actions turning them into leprechauns with that gold. The authority can take initiatives such as the Entertainment Software Rating Board in the United States, utilizing private players such as PUBG, CoD, etc, and taking them on board to make a shared regulating system.

Specifically, this moment in time should not be utilized as an opportunity to reinforce censorship and regulation, instead, we should also take up the chance to have a wider discussion on mental health and the bonafide intentions of PTA and concerned groups should be channeled to recommend for mental health support helplines and awareness campaigns to decrease stigmatization instead of running after symptoms and results without referring to actual causes, or else we may see recommendations in the future to ban kids playing (chor-police) cops and robbers and the like.