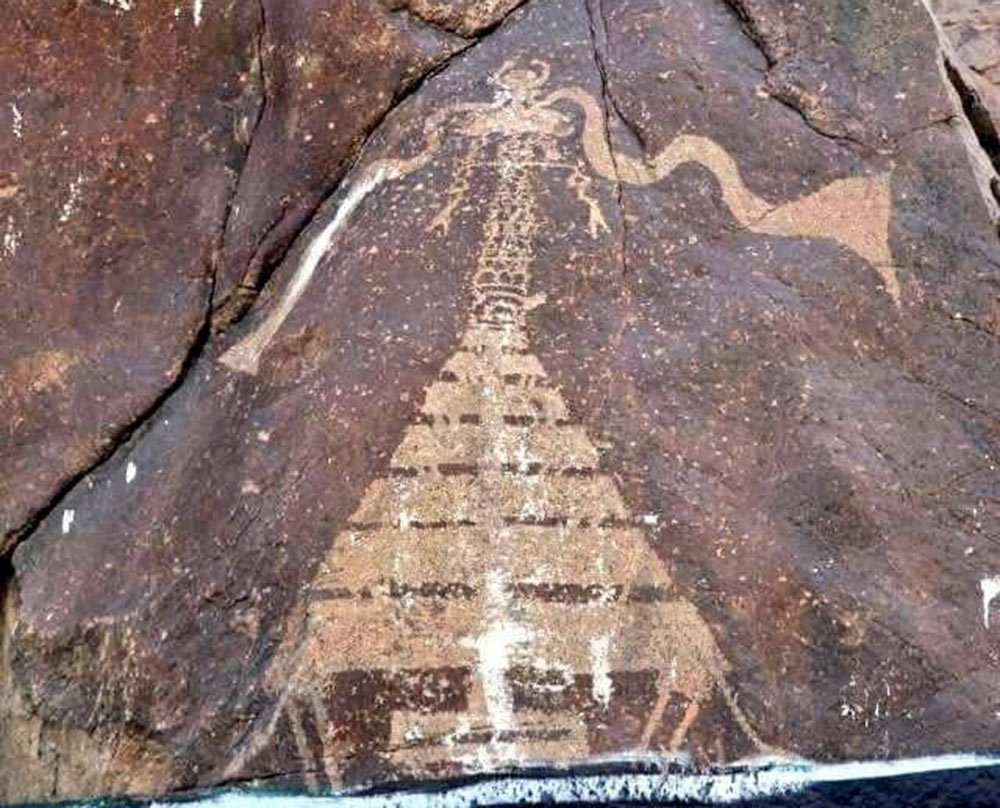 Baltistan is the gateway to Pakistan for the Indus River, which is an integral and the most important part of northern Pakistan Where one of the majestic mountain ranges of the Central and South Asian interact: the Karakoram provides a safe refuge for origination, evolution, and development of cultures. It touches the Chinese province of Sinkiang to the north, Gilgit to the west, Indian held Kashmir to the south, and Ladakh to the east. The close vicinity of newly created Central Asia independent states further adds to its importance. This is the region which in the opinion of the geologists is the meeting ground of “Continents in Collision”.

Note to The Prime Minister by an Archeologist

Famous caravan routes started from Skardu in the east to Ladakh in the south to Kashmir and other parts of India, in the north to Yarkand and Kashgar (Chinese Turkistan) and in the west to Gilgit and Chitral. At the present evidence of the mixture of history of mankind is frozen in the rocky cliffs on the way rough boulders are strewn in the upper valley of the Indus. The history is written in its innumerable petroglyphs from pre-historic times to the age of the spread of Buddhism from South Asia to China and the Far East. The enigmatic petroglyphs are found along the Indus, Skeyok, and Shiger rivers. The petroglyphs in Baltistan had been long reported.

However, the historical importance of the region was realized by Prof. Karl Jettmar (German) and Prof. A.H Dani (Pakistan) who made a preliminary survey of the area in 1981-82. A local scholar namely Syed Abbas Kazmi also discovered some rock carvings areas and a Buddhist monastery and stupas ruins in Shiger valley.  More than 25 sites of petroglyphs and rock inscriptions and eleven numbers of the Buddhist Stupas ruins at Sumro Khar, Shayok Valley.

Many sites have been discovered on both sides of the river Indus and Sheyok. Baltistan valley is known for its culture, which is a pleasant fusion of South Asian and Central Asian traits. Thus it has always drawn great interest from scholars from all over the world. Today is the cry of the time to have a center established at a central place like Skardu to facilitate further researchers in addition to exploring the archaeological sites. More excavations work so far carried out in Baltistan valley to bring to light the hidden aspects of our rich heritage.

The entire area is divided into several small river’s valleys enclosing pockets of the human settlements, which have preserved their history, tradition and cultural heritage. The research is connected with the exploration of the hitherto scarcely known cultural history of this region which always played an important mediator role across, around, and inside the cross-roads connecting China and the Indo-Pakistani Sub-continent. In every sub-valley, we find petroglyphs, inscriptions, ancient ruins, and impression of the travelers, pilgrims, and missionaries who passed this way from the Indus plain to the countries of the east. Inscriptions in three writings systems(Kharoshti, Brahmi, and Tibetan) are pecked on the boulder/ rocks along the Indus River and its tributaries.

No doubt the archaeological potentials of the area were earlier known like Jane E. Duncan who paid a visit to this area in 1904-5. She was informed about the Buddhist engravings(Medallion) at Manthal near Satpara lake, Skardu by Raja of Khaplu, and his brother Raja Spindia during her visit there. She also mentioned in her book “ A summer Ride, through western Tibet” about the rock carvings at Sumro and Kuro.

The Medallion at Manthal, near Satpara lake, is very unique in the sub-continent, engraved 23 Buddha’s are all in the earth touching scenes with the two standing Buddhisattvas, one on earthside are shown in preaching pose. Long inscriptions and vase with a floor are also engraved. A Chorten(Stupa) is incised on a smaller boulder behind the Buddhist medallion with a red color line. Some archaeological sites which were discovered in Baltistan valley are given below: