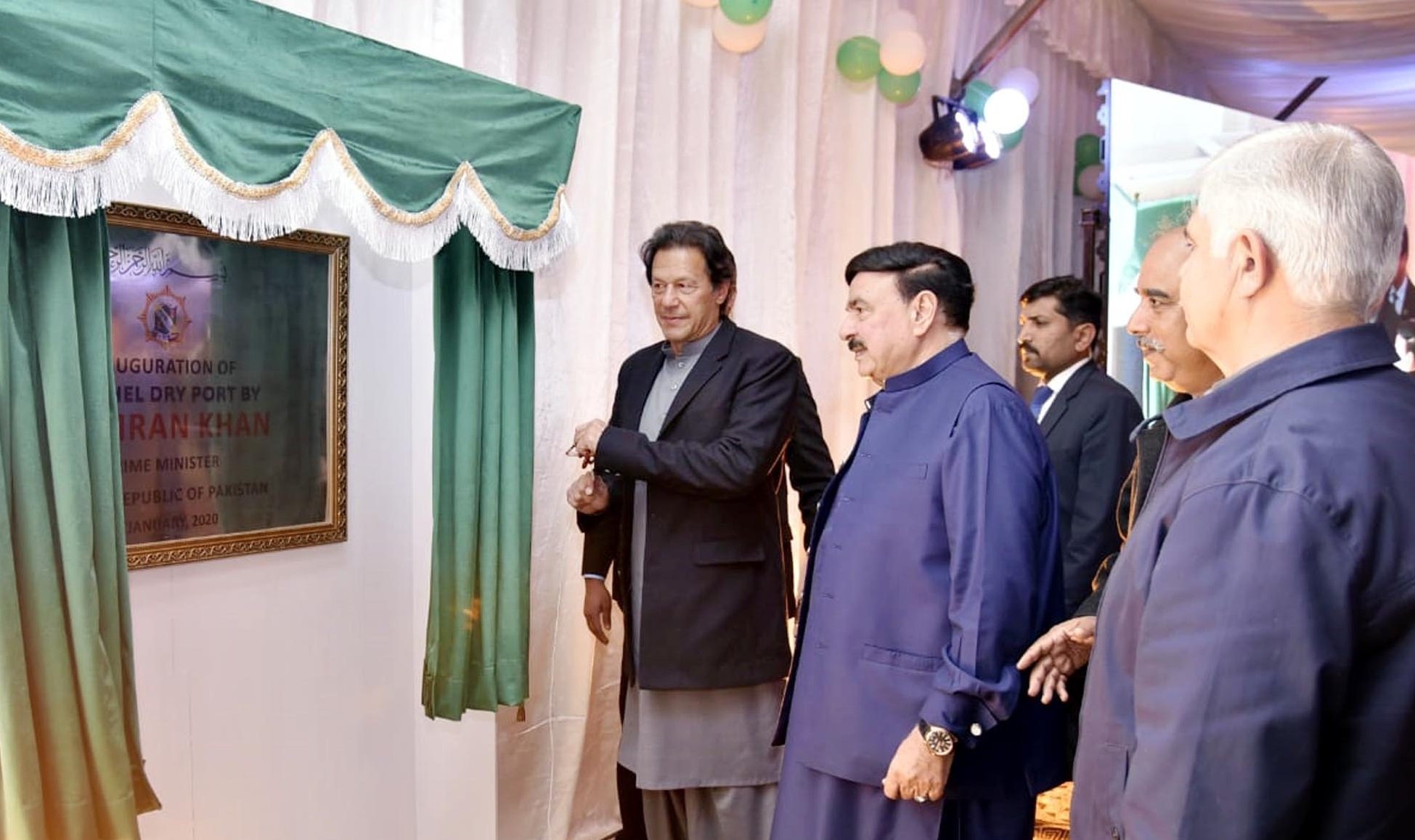 The dry port has been completed by the Pakistan Railways with an estimated cost of Rs507 million in a record one-year time. Spreading over 28 acres of land, the dry port is equipped with modern loading and unloading facilities for the provision of speedy freight, heavy goods, and shipments services to businessmen, traders, and industrialists.

It can easily be approached through Peshawar-Islamabad Motorway via Rashakai interchange through Risalpur Road, GT Road and Ring Road of Peshawar. The freight and shipments, transported from Karachi seaport, could easily be loaded and unloaded here before its onward transportation to Peshawar, Pakhtunkhwa’s other districts and Afghanistan, through enhanced roads and rails network.

Following the construction of 1872 kilometers planned railways track from Peshawar to Karachi under the China-Pakistan Economic Corridor, the Azakhel dry port would make Pakhtunkhwa, especially Peshawar, a hub of trade, business and foreign investment with a direct positive impact on socio-economic lives of the local people.

Pakistan Railways would be able to get 20pc more shares from the market that would help reduce its annual losses and make it a profitable organization in the next few years. Officials said that shifting of the Azakhel dry-port to Nowshera from Peshawar was planned in 2006. The imports and export business process would be further increased and exporters of Pakistan, Afghanistan and Central Asia would benefit from this project.

Addressing the inauguration ceremony, Prime Minister Imran Khan said that the Pakistan Railways would be upgraded with far-reaching reforms in infrastructure and operating systems to facilitate the common man as a major beneficiary. “With the emancipation of common people as central to my policies, Pakistan Railways will witness immense uplift through megaprojects,” he said.

He lauded efforts of Sheikh Rasheed Ahmad on the completion of the Azakhel Dry Port project pending since 2006 and also for Rs 10 billion revenue generation by the Pakistan Railways last year. He said that the Main Line Railtrack, commonly known as ML-1, to be built in collaboration with China, would prove to be a revolution in the railway system.

He said that the Karachi-Peshwar train on ML-1 would complete the journey in eight hours, besides other benefits in the shape of swift transportation of freight. He stressed that both Pakistan Railways and Pakistan International Airlines needed to come forward in competition with the private sector.

“Several corporations have become a burden on the national exchequer and need a competitive approach to survive and thrive.” The prime minister asked employees and workers of the Pakistan Railways to work diligently and act unitedly against corruption. “I want you to run Pakistan Railways with the same care and concern which you attach for your own vehicle,” he said.

Imran Khan said the land of the Pakistan Railways would be rid of illegal occupation to get it commercialized to bridge its deficit. He said the biggest challenge for his government was to make Pakistan a welfare state for the emancipation of downtrodden, terming 2020 the year of employment and progress.

On the occasion, the railway’s minister announced to rename the dry port as Pir Piyai Azakhel for its acceptance by a majority in the area. He mentioned an agreement with the National Logistic Cell (NLC) to include the Pehswar-Jalalabad track in ML-1, which would end smuggling. He said that it would also ensure employment for 0.1 million as 92 percent of jobs had been reserved for Pakistanis.

He said that PC-1 of ML-1 had been submitted to Planning Minister Asad Umer. He said that there would be no crossing at 1872-kilometer-long ML-1. He said that the railway system would be computerized with trackers installed for geo-tracking. On the occasion, Pervez Khattak requested the railway’s minister to allow the laying of gas and irrigation pipelines for the area through the land property of the Pakistan Railways.