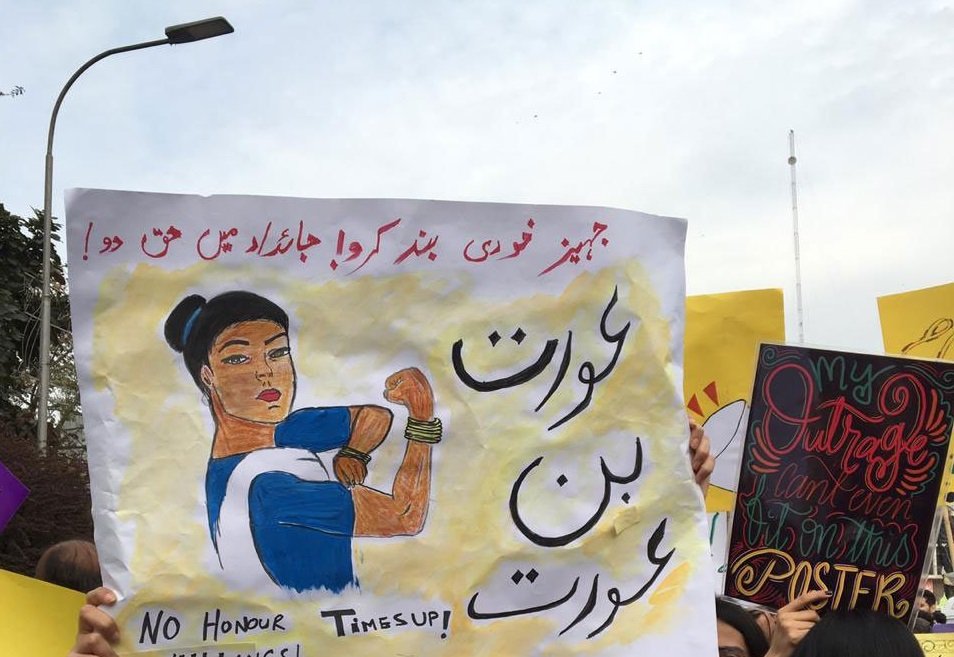 Why does only Aurat March becomes subjected to criticism even before it’s happened?

Aurat March – these two words have shaken some males in our society more than anything else ever has. Last year, the Aurat March took placed on March 8 and it invoked thousands of controversies. The march received immeasurable criticism because of the bold placards displayed by participants. These placards kept roaming on different social networking websites and mobile applications without any context. We could see people criticizing the Aurat March and feminism everywhere. All of this has happened over the past year but guess what? It is back!

The Aurat March is going to happen again on International Women’s Day. The people haven’t forgotten the last year’s march yet and it’s happening again. The court has banned the use of certain placards and has given permission for the march on some conditions including the ban on certain placards and slogans. The march is yet to take place but it has already stirred up a debate on whether it should or should not happen. It is already the talk of the town now.

A clip has been going viral since last night as Khalilur Rehman Qamar, a famous drama and film writer, and a feminist activist Marvi Sirmad got into a verbal fight during a live TV show. A private TV channel hosted the show on the issue and invited some guests to share their views about the Aurat March. The panel included a drama and film writer Khalilur Rehman Qamar and Marvi Sirmad. Khalilur Rehman talked against the feminism movement and was appreciating court’s ban on placards and slogans by calling these slogans filthy. He was interrupted by Marvi Sirmad who started chanting the slogan “Mera jism meri marzi” to which Khalilur Rehman got angry and asked her to shut up and used insulting words against the feminist activist.

When Marvi Sirmad kept on chanting the slogan, Khalilur Rehman further abused the activist during the live TV show. However, the host of the show tried to calm them down by asking Marvi Sirmad to stop interrupting while Khalilur Rehman was expressing his viewpoint – what the majority of the people rejected. Now, the first question that arises here is of manners and ethics. In the live debate, the writer used inappropriate language against the popular feminist activist. The question is – what is more inappropriate the abusive language or a bold slogan? But let’s not be gender-biased here. Let’s not play the woman card. Let’s look at it from a social point of view. Does the society allow a person to humiliate another person during a public debate or a live broadcast?

I wouldn’t defend the feminist movement here neither I will go against it. This is something beyond that. This is about the element of tolerance, if not acceptance. We observe that the tolerance level is so low that some people are unable to hear the point of view of the opposing party without committing violence – both verbal and physical. What Khalilur Rehman did in a live show by using abusive language was purely an act of violence. Let me clarify one thing here. Violence does not mean the physical torture only but it includes every instance or an attempt to control people’s lives, minds, viewpoints, etc. Anything that makes another person uncomfortable is an act of violence.

Now let’s go back to the Aurat March. There are a few questions that arise in my mind. Some men are mainly criticizing this annual gathering of women. They call it useless to go on roads and asking for equal rights. If it is useless then why are men so afraid of it? What makes them go on TV shows and condemn feminism if they think it wouldn’t make any difference? What’s the fear here? If men think women already have enough rights, then why they fear that women will get rebels due to this one Aurat March? Why do they fear that a bunch of women striking on roads for a day will affect society so much? What are they afraid of exactly?

Do they think that women might gain enough power and come to men’s position? Do they think women will become rebels and start oppressing the men the way they have been oppressed by some men for centuries? Do men fear their position in society wouldn’t be the same if women become equal? What’s the fear here? Hundreds of strikes take place in our country on issues even minor than this. So, why does only the Aurat March becomes subjected to criticism even before it’s happened?