In response to a comment from Palwasha, Imran Khan not only did not let her speak but also asked her to leave the show. 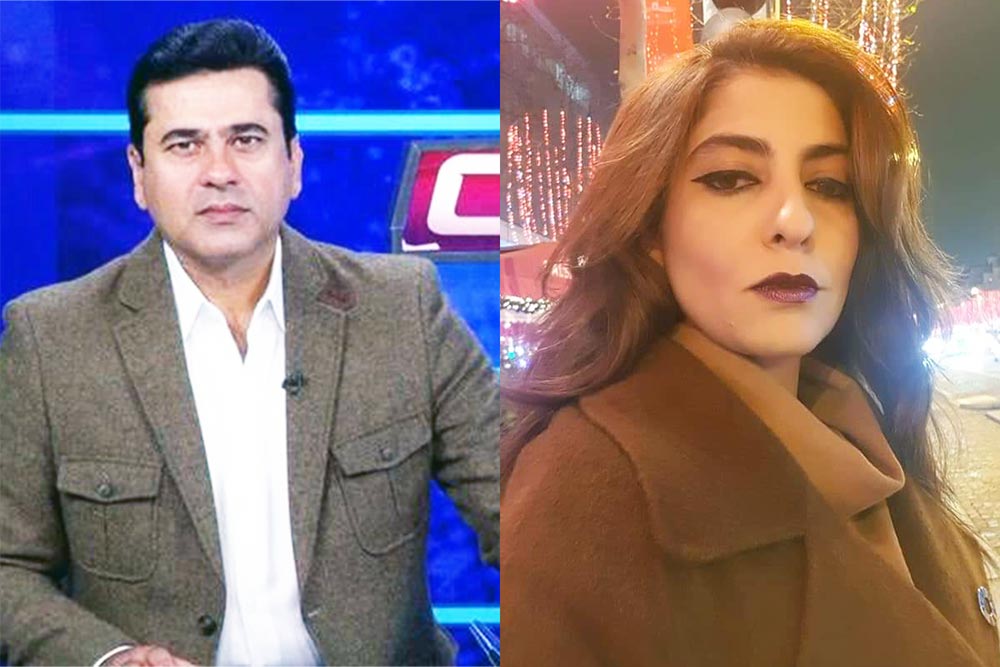 It has become a stereotype now that we see verbal fights at TV talk shows but something different happened on Thursday when Gourmet News Network (GNN) Anchor Imran Khan asked the Pakistan People’s Party leader Palwasha Zai Khan to leave the show.

According to the details, anchorperson Imran Khan who is currently doing a political talk show at GNN had invited Palwasha Zai from PPP, Malik Muhammad Ahmad Khan from PML-N and Farruh Habib from PTI at his programme as guests.

At a point during the live show, Imran Khan could not hold himself when PPP leader Palwasha Zai told him not to advocate Sindh.

In response to this comment from Palwasha, Imran Khan not only did not let her speak but also asked her to leave the show.

Imran said that he would advocate the people of Sindh in any case and nobody including Palwasha, Bilawal, and immortal Bhutto can stop him from doing this.

He added that if you people would be cruel to the people of Sindh if you would open fire at them and if you would kill a journalist in Sindh while FIR would not be registered and proofs would be removed, he would raise voice against this.

ImranKhan despite his strong views does handle diff of opinion with his guests politely.Last night he crossed the red line.Whatever the debate nothing justified his agresive tone,rhetoric, rude terms incl budmashi etc. Imran you must apologize 2 Palveshah. pic.twitter.com/WQ7l6Ipa0D

He further said that if the hospitals of Sindh are shabby, he would definitely talk about them in his show.

He also said that if the children are dying of hunger in Thar, Sindh, he would definitely talk about it.

If your government is not being able to control coronavirus in Sindh, it is his duty to talk about it, he added.

In response to the anchor who said this all in a go, Palwasha who was continuously asking him to let her speak, when allowed to speak said “Mr. Imran Khan, you may talk alone in the show or you may sit on the chair or Mr. Farrukh Habib; please forgive me as I already have a headache.

She was further saying that ‘you have called me at the show but you are not letting me speak’ but her mike was muted.

Upon this, Imran Khan said that ‘it’s up to you if you don’t want to sit in the show; what do you think you would yell at me and I shall let you do that. No, absolutely not, he said adding that ‘you may talk about politics with one another but don’t mess with me’.

Palwasha again finding some space said that ‘your words are not divine and I can object your words’.

What is wrong in talking about Sindh and it’s issued, he said and added that ‘I talked about the corruption scandal of Syed Yousaf Raza Gillani and Asif Ali Zardari yesterday and you people messaged me too in this regard.

It is important to mention here that social media is already clouded with the posts and comments of the people about this issue while political leaders and journalists are keeping silent so far.