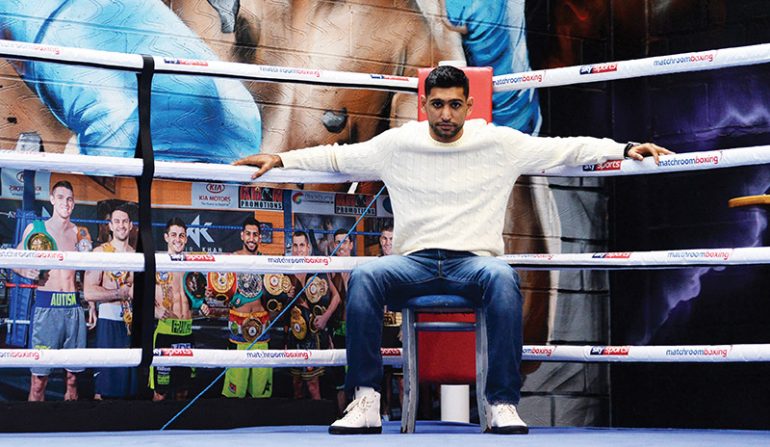 In Pakistan, the future of professional boxing is all set to move upside, as British boxer Amir Khan said that to hold an international boxing event in Islamabad on March 19.

Addressing a press conference at the Amir Khan Boxing Academy in Islamabad, he said that the event’s biggest contest would be of Pakistan’s emerging boxing champion Usman Wazir title fight with an international boxer anyone from Europe, Philippines or Thailand.

He said that the tickets for the event having eight fights will be free and foreign boxers would also be featuring in the mega event. He said this would be a 3-hour event which would also include music events for the public.

“We would hold events in different parts of Pakistan like Karachi, Lahore, and Gilgit-Baltistan after two to three months. Amir Khan said that he wants to play his role in promoting boxing throughout Pakistan and wanted to highlight the talent of boxing in Pakistan.

Speaking on the occasion, Usman Wazir said that he wanted to fight in Pakistan in front of the whole nation. He lauded Amir Khan’s efforts for encouraging the game of boxing in the country. Amir Khan is a British professional boxer, promoter and philanthropist. He is a former unified light-welterweight world champion, having held the WBA (later Super) title from 2009 to 2012, and the IBF title in 2011.