According to his U-Turn statement, it seems that he is just away from the politics currently and is waiting for the right time to jump into politics of Pakistan. 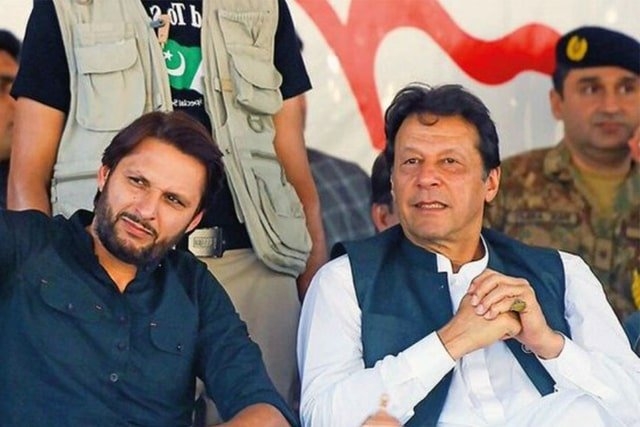 Former Pakistan Cricket Team’s captain Shahid Khan Afridi taunted Prime Minister Imran Khan the other day when a journalist asked him if he had any plans to join politics in the future.

According to the details, Shahid Afridi taunted Imran Khan’s U-Turn rhetoric when he was answering a journalist’s question about his intentions to join politics in the future. He said that he had no plans to join politics but if he does so, don’t take it as a U-Turn. Apparently, it was just a statement but it made everybody laugh during the press conference as it had a particular context.

According to the political opposition in the country, Imran Khan takes U-Turns more often on the road of his political career and does not keep his words as one man. Even Imran Khan himself once said that taking U-Turns is a good thing if they are taken in the best interest of your country.

Talking to media at Quetta Chambers of Commerce, Shahid Khan Afridi said that he had no plans to jump into politics by then but he was not sure about the future.

He further said that he was in welfare activities for the sake of God and no other intention was there in his mind regarding joining politics.

However, one cannot tell about the future as only God knows where the things will be in the coming days, he added.

He said that he did not know what duty assigned by God he would perform in the future to serve the people.

He said that he is concentrating on the work he is doing currently and no other plan is under his consideration.

However, he said that if he joins politics in the future, it should not be considered as a U-Turn as the future is unknown to everyone.

He forbade the journalists to apply U-Turn theory to him because it is associated with Imran Khan usually. Political opposition parties name Imran Khan as the king of U-Turns and he also admits that he takes U-Turns for the sake of his country. Various news channels have also conducted programs on Imran Khan’s U-Turn theory and now it is widely known that Imran Khan believes in U-Turns if needed.

It is important to note here that when Shahid Khan Afridi is concerned not to be called or remembered as the one who takes U-Turns, it means that he might have some plans back of his mind.

According to his U-Turn statement, it seems that he is just away from the politics currently and is waiting for the right time to jump into the politics of Pakistan.