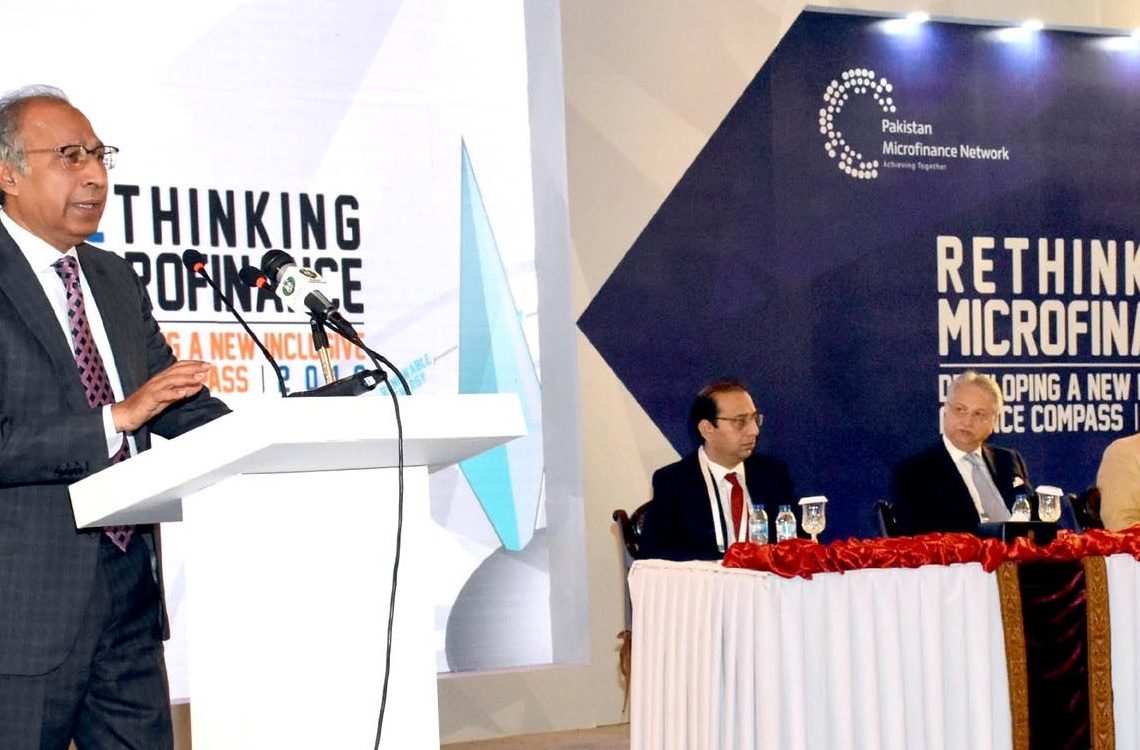 Adviser to Prime Minister on Finance and Revenue Abdul Hafeez Shaikh has said that the government is committed to increasing the production capacity of the micro-finance sector to grab maximum benefits out of minimum resources.

Addressing a two-day micro-finance conference in Islamabad, he said that a stable economy is pivotal for the promotion of the micro-finance sector and due to timely and effective measures by the government the economy had become stable now.

He said that the unprivileged segment of the society could be brought out of extreme poverty by promoting the micro-finance sector. He pointed out that due to huge fiscal deficits in the past, the provision of loans to the private sector got affected.

However, the adviser said that the fiscal deficit during the first five months of the current fiscal year not only went down as compared to the last year, but it had gone in surplus if the interest payment was not taken into account.

“For the first time, the primary fiscal balance is in surplus now. Our revenues are more than expenditures, which is a positive sign for the economy.” He also said that the government would bring down the cost of doing business, especially in the micro-finance sector.

Talking about the government’s achievements in macroeconomic indicators, he said that the almost 10% increase was recorded in exports during November, while imports declined considerably, which resulted in the contraction of the current account deficit by over 36%.

He said that revenues had also increased by 17% in the first five months of the current fiscal year as compared to the same period of the last year. “Due to positive macroeconomic indicators, more and more investors from abroad are attracted towards Pakistan as evident from portfolio investment of around $1 billion during the current fiscal year.”

If all institutions performed well then there would be no need to go back to the IMF again, he said. Last month, the foreign direct investment also witnessed a record increase of 236%, whereas local investors were also showing more trust as evident from the fact that the country’s stock market witnessed a significant positive change and crossed the 40,000 barriers.

Bloomberg has reported that in dollar terms, Pakistan Stock Exchange has proved to be the best performer in the world during the previous three months. The adviser said non-tax revenues had also posted a record increase of over 100% as compared to the same period of last year and hoped that the government would easily surpass the target of collecting Rs1,200 billion non-tax revenue by the end of the current fiscal year.