SAARC’s revival as a fully-functional regional body largely depends on willingness of Islamabad and New Delhi to resume negotiations on key issues such as poverty, economy, and hunger 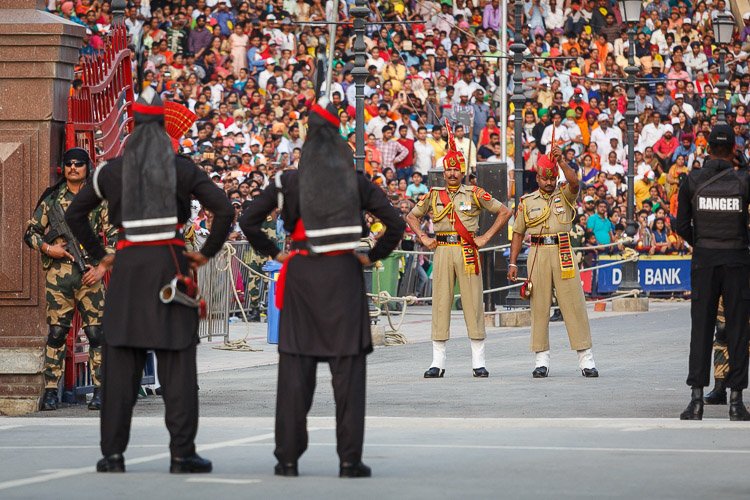 A file photo of Wagha Border between Pakistan and India

India’s Prime Minister Narendra Modi recently proposed setting up an emergency fund to control the spread of coronavirus in South Asia; further pledging to provide $10 million to launch the facility as well as dedicate response teams to deal with a raging pandemic that has so far claimed over 8,700 lives across the world.

“Any of us can use the fund to meet the cost of immediate actions,” he said while speaking at a conference of the South Asian Association for Regional Cooperation (SAARC) leaders via video link. India’s call for joint action comes at a crucial time as all SAARC members have reported on about 300 positive cases, with India, which is home to over one billion people, declaring close to 150 people to be infected with the novel coronavirus at home.

At the same moot, Pakistan called for developing a regional mechanism under the SAARC umbrella to tackle the virus outbreak. Zafar Mirza, a special assistant to Prime Minister Imran Khan, emphasized sharing disease surveillance data, prevalence and incidence of communicable diseases and public health events of regional significance. Pakistan, whose Sindh province witnessed a drastic rise in the number of coronavirus patients, has already shut borders with Afghanistan and Iran – the latter stomped by a brutal combination of US-imposed sanctions and the deadly pandemic.

“The pandemic forces us to think not in terms of nations and states, but as a collective. Therefore, the unprecedented challenge warrants unprecedented responses. We must recognize that the national and local responses remain the most critically important,” Dr. Zafar Mirza said stated. The implementation of the recommendations put forth by the SAARC delegates remains to be seen, Prime Minister Narendra Modi’s timely decision to convene the video conference and Pakistan’s immediate confirmation to attend it serve to reiterate the importance of shared responses at testing times.

South Asia, which hosts a fifth of the world’s population, faces a greater risk of the novel coronavirus spread because of poor testing facilities and a documented lack of financial resources required to combat deadly diseases. Recently, Prime Minister Imran Khan expressed his fear that the new virus may devastate the economies of developing countries; further asking the developed world to write-off the debt “for countries like us, which are very vulnerable, at least that will help us in coping with the coronavirus.” He told the Associated Press, “It’s not just Pakistan. I would imagine the same in India, in the subcontinent, in African countries. If it spreads, we will all have problems with our health facilities. We just don’t have that capability. We just don’t have the resources.”

Pakistan and India, the two biggest players in the SAARC bloc, have been at odds with each other since the partition of 1947, a graphic chapter in human history that saw the British Raj pulverize the subcontinent in 1947. Moreover, relations between the two countries took a nose-dive following an attack in Indian-held territory of the disputed state of Jammu Kashmir in 2016; in the aftermath of which New Delhi pulled out of a SAARC Summit that was set to take place in Islamabad in November of the same year.

Amid the coronavirus outbreak, the precaution for which includes but is not limited to social distancing, Pakistan and India have developed a strong sense of urgency to resort to collaborative practices on this front. The SAARC forum stands to facilitate economic and regional cooperation between member countries. Once the pandemic is over, it would be sheer lunacy on part of both Islamabad and New Delhi to once again adopt their irresponsible attitude and continue with the propaganda campaigns through their respective national and social media outlets.

The SAARC spirit lies in the implementation of extensive collaborative programmes and the exchange of political, economic and cultural delegations and not in skirmishes, the tension on borders and hate speeches. A SAARC Summit in Pakistan with top Indian officials in attendance may appear to be an unholy alliance or a conspiracy to many, but one should not ignore the political and economic leverages that could come withholding such a phenomenal event. SAARC’s revival as a fully-functional regional body largely depends on the willingness of both Islamabad and New Delhi to resume negotiations on key issues such as poverty, economy, and hunger – not on toeing the line of jingoism.

Manik Aftab, a Lahore-based freelancer, is a regular contributor to The Wallet. He graduated from Lahore’s Govt College University with BA Honors in English Literature.