Home » Latest » A sigh of debt relief for Pakistan 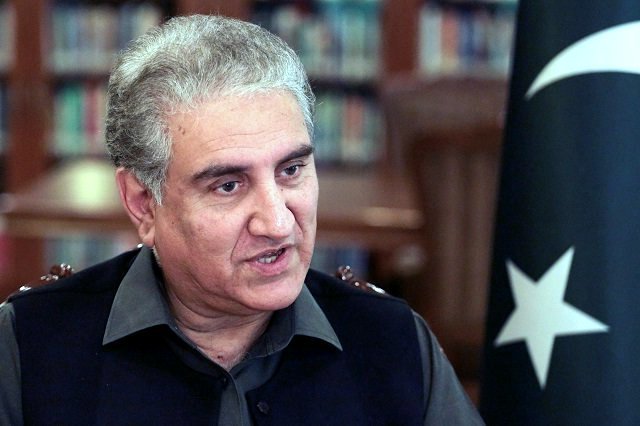 International Monetary Fund (IMF) had decided to grant a debt-relief of one year to Pakistan, Foreign Minister Shah Mahmood Qureshi confirmed it while talking to a private news channel on Thursday.

According to the details, the foreign minister, while talking to Geo News, said that IMF had decided to grant a debt relief of one year to Pakistan upon the request of Prime Minister Imran Khan.

He said that the prime minister had requested the IMF to reschedule the debt structure of the developing countries due to the severe economic setback to them.

Prime minister’s appeal was in the context of the spread of coronavirus in those developing countries where health facilities were not up to the mark and lock-down had affected them the most.

He also said that this relief was given to a total of 77 countries including Pakistan keeping in view the multifarious challenges faced by them.

He further confirmed that the duration of this relaxation would be one year and it would be applicable from May Earlier on Sunday, Prime Minister Imran Khan had reiterated his appeal to the world economic powers to announce some global initiative to give some relaxation in the payment of the debt to the developing countries who were badly hit by the health and financial implications of the pandemic.

Following the footsteps of the prime minister, the foreign minister had also been repeating his stance on the rescheduling of the debt structure for the poorest nations on various national and international forums.

Yesterday, BBC News reported that the group of 20 nations, a major contributor to the IMF, had decided not to receive debt payments from those 77 countries who were severely affected by the consequences of the coronavirus outbreak.

Earlier, according to the BBC News, the G7, the leading group of the richest countries in G20, agreed on giving the one-year relief to the developing nations but it was mandatory to be approved by the G20 as Saudi Arabia and China were among the major contributors of the G20 but not a part of the G7.

The announcement from the IMF came after the decision made by the G20 as the IMF is mainly dependent on this group.

According to the BBC News, the G20 had also asked the private lenders to be a part of the campaign but it was entirely up to them if they would agree on a voluntary basis.

According to the Geo News, the G20 had also announced that it would ensure the readiness of the available resources for the developing countries in the fight against COVID-19 if needed.

The decision of the IMF is widely hailed by all and sundry in Pakistan. This step would help the country fight not only against the coronavirus but also the aftereffects of this disease in the time to come.

The political fabric in the country has welcomed the decision and appreciated the global economic powers for offering such big support at such a critical time.